Welcome to our 5th interview in the series: LARPers of Color. You can find the other articles here, here, here, and here.

My friend Sean come over to my house to tell me about its awesome game he just got into.  I head over to his house to see what it’s all about. He introduces me to some people I don’t know and we start swinging boffer swords… and I’m hooked. I like LARPs with a bit of combat. But I’ll give anything a try. I’m currently In Amtgard (The LARP) my friend introduced me to all those years ago.
I’ve been LARPing since 1989 so…29 years.

Yes. I’m currently Duke of one of the local Amtgard chapters, I created, ran and helped organized the MACHO larps in the nineties and I’ve had numerous roles in Amtgard in the past.
LARP administration is for me is all about customer service, be it with those involved in other parts of LARP administration, players or mundanes.  It’s your job to make sure everything runs smoothly and everyone’s ideas and grievances are fairly evaluated. 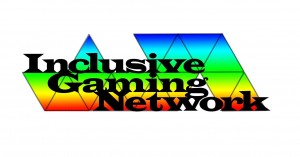 Wow, the big one.
Those players need to stop being afraid to reach out to people who do not look like them. People assume people of color and females don’t have interest and Larps and tend to ignore them  when  they are spectators.   I’ve seen it happen.   Engage everyone and you’ll be surprised.
Also write Larps to be more culturally inclusive or culturally neutral as to give everyone a something to connect with in the LARP or give them a chance to brand the LARP in a way they want.

Sexist and racist art in rules. None of that please. Also biased opinions being taken as gospel because of who said it.

For MACHO, longevity, I wish I would have stuck with it more.

For Amtgard, Embracing the RP in LARP. Swinging padded sticks has been pushed to the front by vocal members of the organization.  Those who RP have been marginalized in some places. that needs to change. 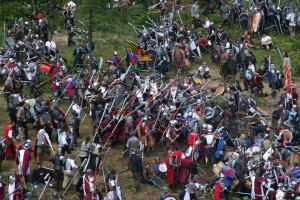 You are a knight in Amtgard, can you tell us a little bit about that experience?

In Amtgard Knighthood is awarded for excellence and the ability to teach and promote one of what I call the for virtues of Amtgard,  Leadership, Service, Artistry and Combat) I’m a service knight (Flame Knight)  and it’s a very interesting situation.  It’s one that grants a certain amount of prestige, but demands at all time service.As a knight it becomes your job to be a positive example, to uphold your virtue (in my case service) and the others as needed.

Thanks to the internet, I’m the most visible African American knight in the game.  African American players and players of colors come to me asking for advice and validation in what they do in game, me , for them I also have to be an example. On the other end of the spectrum and I found it odd when it was first told,i’m , for a lot of people the first African American they feel they have something in common with, alto that’s less of an issue now then it was twenty years ago. 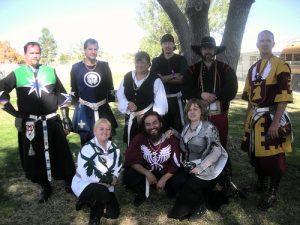