Our second interview in the LARPers of Color series. Please feel free to share these interviews and contact Keep if you are interested in sharing your experience with everyone. You can email us at admin@keepontheheathlands.com

Keep: Can you tell us how you got into the hobby? Do you have a preference for a particular form of LARP (parlor, Boffer, etc.) What LARPs are you currently involved with? How long have you been LARPing?

Ron: Hi, I’m Ron Leota and I am a larp creator and huge supporter of the hobby. I’ve been larping for about 8 years, roleplaying for 20. I started larping as a way to lose weight and explore deeper narratives in role-playing. I love all forms of larp but tend to play full weekend immersion boffer games. I prefer games that have some combat but make story the focal point. I am not a huge fan of boffer sports but think they’re great for those who enjoy them.

I am currently playing World of Oz full time and occasionally play Alliance LARP. I am currently running Spite: A Science-fiction LARP, Battle!, and a few other unreleased projects with my company NW RPGs. I also host and produce the NW Nerdcast, a podcast all about role-playing.

I have been running larps for 6 years. I love that experience but it’s also caused me a ton of stress and heart ache over the years. Running games is a fantastic creative outlet and has allowed me to tell stories and present certain levels of activism to my community via the themes explored. Most players are fantastic people but we occasionally see problem players that don’t respect the boundaries of staff and that’s probably the hardest thing for me.

In the Pacific Northwest it’s been pretty good. There are still microaggressions, culturally appropriative costuming, and things I’d like to see change but there has been a major cultural shift to weed out some of the worst behaviors. The community is strong and becoming much more diverse. I find that being a PoC isn’t as much of an “exclusive club” as it once was. I tend to do much better than some folks because I am what you call, “white passing”, which affords me some luxuries my more obvious PoC friends don’t have.

On a national level it’s been incredibly hard. Some players have disheartened me to the point of never wanting to run games in certain states as I genuinely fear that I could not harbor the safe and diverse environment that I so highly value in the games I currently run. The stories some of my fellow PoCs have shared about being attacked for voicing a concerns make me thankful I have the community that I do.

Many PoCs felt that discussion groups like Larp Haven were so toxic that we’ve splintered off into our own group to find the support we’re looking for. Horrendous vitriol is thrown at PoCs for “daring to question” things in the community. Even posing questions about diversity has been met with outcry of “trying to take our games” and “SJWs are trying to kill fun”. It’s very sad and has a lot to do with the dominant white male culture of larping in the US.

Fortunately, this very vocal outcry come from a loud minority of players. Unfortunately, this behavior is allowed and condoned by the other members of the community, who’d rather sit silent than stand up for marginalized players.  This harbors a feeling of being an “other” rather than a peer and creates the appearance that we’re just not welcome because we aren’t the “right color”. 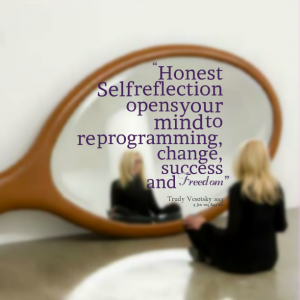 Listen when people with wildly different life experiences speak about something you may disagree with but doesn’t necessarily affect you. White players can be great allies if they’d just listen and understand that PoCs face things (daily) that they will never have to face. Learning about those woes and how they bleed into larp is important. Stop using the excuse that “it’s just a game, it’s supposed to be fun.” That’s neat but when your fun is at the expense of other’s cultures you’re not being a very good person and are putting a sign out there that essentially says, “whites only”. That’s what many of us see.

I’d love to see blatant racism removed from games. Too often “races” in games are nothing more than offensive stereotypes. I feel if your IG races mirror offensive stereotypes of real-world ethnicities than you have creatively failed as a game creator. You’ve taken the lazy way out at the expense of real people and that’s a game I won’t play and will vocally denounce.

We also need to eradicate toxic positivity in the community. Some larpers are devout and faithful to their games, to the point that they won’t just condone but fight for blatantly racist behavior to exist in the game. It’s heart breaking to watch good people be sucked into the mentality that anything negative said about their game is an attempt to destroy it and we must get the torches to attack the “invader”.

I was the head rules writer for the game I actively play and currently run all the others I’m involved in. I kinda already added the things I want. =)