This is a series of interviews we’ve done with LARPers of Color to understand the experiences, challenges, and successes people of color have within the LARP community.

Keep: Thank you for your interest in doing this interview with me. I’ve been a big LARP geek since I was in High School, and I’m always excited to get feedback from others in the hobby.

Keep:-Can you tell us how you got into the hobby?:

Morgan: Soooooo, I was a junior in high school, and my best friend was a senior. She was dating an older guy for a couples by now, and he seemed really cool. One day she was like, “Hey, my boyfriend wants me to go with him to his friend’s house for this Vampire thing.  I don’t want to go alone. Will you come with me?” I said I would, and that Friday night we went with her boyfriend to this guy’s apartment, where her and I played “Ghouls” for this game called “Vampire: The Masquerade”. I really enjoyed the make-believe aspect because I used to do roleplaying for years online through AOL chatrooms and forums. This made it feel so much more real and something I can easily grasp. After that night  I was hooked! 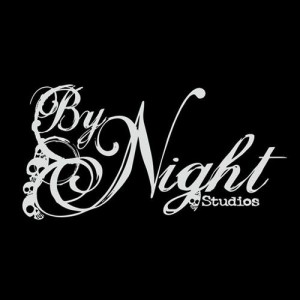 For the New Vampire LARP rules

Do you have a preference for a particular form of LARP (parlor, Boffer, etc.):

After playing various types of games from parlor larps like Vampire: The Masquerade, to weekend long games like Dystopia Rising to even the U.S. blockbuster larp New World Magischola, I really enjoy the one-shot freeform games. Freeform games involve very little barrier-to-entry, meaning that costuming and cost of the game itself is very low or nonexistent, and the game last either 2-4 hours for that night, and that’s it. I don’t get trapped in the mindset of one particular character and I can much more throw myself into drama and chaos because I don’t have an emotional connection to the character like I would with my campaign characters.

What LARPs are you currently involved with?:

The only campaign larp I am involved with currently is Planetfall, which is a weekend-long scifi larp just outside of Austin, TX. And I try to participate in New World Magischola as much as I can, but it isn’t your traditional “campaign” game. Other than that, I am apart of a freeform group that gets together about once a month to play a variety of games, and even sometimes do larp jam sessions that we get together and write games and then playtest them.

How long have you been LARPing?:

I’ve been larping for about 11 years now.

Have you ever been the LARP administrator of any sort (storyteller, Game master, etc.)? If so, can you speak to that experience some?:

When I was with Dystopia Rising, I was a Marshal for a few months, meaning that I was someone players could come to talk about rules, and when I was running NPC shifts, I would either hold the fort down at the desk or take NPCs out for various mods. 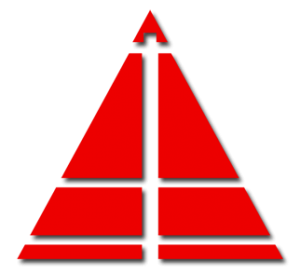 For Planetfall, I’m a Referee, which is pretty much like a Marshal for DR. However, we don’t really have NPC shifts for this game, people just volunteer to go away for a bit to be an NPC creature, since the playstyle of the game is very player vs survival/ environment, and focuses on roleplaying. Also, I’m the lead of the Social Team, meaning that a few days after games we try to get people together for “Pizza and Planetfall” for people just to hang out, and on the months between games we try to host another social event because we want to make it about the community aspect. I am also apart of the Inclusion Advisors, which means that myself and the other Advisors come together and discuss issues with the game itself, if there are any, when it comes to anything possibly appropriative or problematic, regarding people of color’s cultures and identities,  misogyny, or those within the LGBTQIA spectrum.

When it comes to freeform games, I slowly have begun to facilitate games. My first games I facilitated were apart of the #Feminism (an anthology full of nano-games regarding various aspects of the issues women face), and The Great After Party (a fun larp that lasts 3-4s that is a larp about the afterparty of a larp, full of your various larp tropes) by Erlend Eidsem Hansen and Frida Sofie Jansen at Living Games Conference back in May 2016 here in Austin, TX. I then ran Slayer Cake back in the beginning of October, which is written by Kat Jones and Evan Torner.  I am also slowly beginning to write my own larps as well in the past year, with my first game (with the help of Sarah Lynne Bowman) called ColorMatch[.]Com, which tackles the ideas of awkward first dates, finding what you are attracted to, and how to deal with fetishes. It’s a fun and short game that lasts only about an hour (if that). I am also working on various other larp projects, that I hope to debut sometime in 2017!

What is your overall experience as a person of color in the LARP community?:

Mostly good, with some bad memories sprinkled through it. I’ve gotten into my fair share of heated discussions about issues in the larp community because the majority of the larp population is cisgendered, white men, who don’t understand the amount of privilege they hold, or care to acknowledge it. There was one fantasy larp down here in Texas that before the game was even open before their first game, I tried to voice my concerns to the game owner about the races he made, and the basis they come from. But what I said fell on deaf ears and a “well, maybe this game isn’t for you”.

I have left games I have played in for years because of slowly being aware of the problematic issues that are within the world design, despite having tons of friends who run and play in the game.

But for the most part, especially those within the freeform community, have been a lot more aware and accepting, and a lot of them have the same concerns and thoughts. If they put something controversial in their games, it is there for a reason. It is for the reason for players to become aware, gain empathy of the situation, and learn what to do with things like it. That’s why I am SO THANKFUL for the #Feminism anthology, because there are tough and difficult ideas that we tackle in the nano-games, but they help so much more with awareness and understanding those mindsets. The one that really sticks out to me is a game called the “Grey Zone” by Siri Sandquist, where the players embody the emotions of a woman who is stuck in the grey zone between rape and consensual sex in a relationship.

In your opinion, what can LARPers do as a community to be more inclusive?:

Listen and understand those who are marginalized and the issues they are seeing and facing. Ask how they, as game designer or other players, can help to make those who are marginalized more included. Active listening and engaging in a conversation, then acting upon that by changing the game, truly helps, because it makes you seem like you truly do care that people who are different than you enjoy the same nerdy hobby you do. A lot of the time when these issues are brought up, they are torn down by people not listening, disregarding the issues as “a cry for attention”, and being complete asshats.

Is there anything you’ve seen in LARP that you wish you would never see happen again?:

Yes, and it was within my first few years of larping too. I was playing Vampire: The Masquerade, and my character was raped by a Baali (a type of demon-worshipping vampires), to be impregnated with a demon baby she couldn’t get rid of. And the out of character I was given after the horrific and detailed event happened? “Sorry Morgan, you were the only female at game. It had to be you.” Like, seriously?! Just because I am a woman, I had to be the one targeted for rape, and not have the topic brought up to me beforehand. This memory has been something that has stewed in me for years, and I have written about it finally on my Facebook within the past year now that I am much more comfortable talking about these issues within larps. I really regret being apart of it, however I am also happy that it has happened because I can talk from experience and I have learned from the experience, and advocate against these things ever happening again, to anyone. I am all for scene negotiations, so that everyone consents to the outcome and what is involved.

If you could add one thing to the LARPs you were involved in, what would it be?:

To Vampire: The Masquerade, I hope that it does start adding in the ideas of scene negotiation,  and how for people to opt out of the scene. I know various types of V:TM games, like End of the Line and Convention of Thorns, really focus on the ideas of consent based play which I positively adore. I hope the run-of-the-mill World of Darkness games do follow the same light.

For the larp I left, it is getting better with using safety mechanics and check- ins, however the world design is still heavily flawed. It has appropriated so much from other cultures, and the interpretation that player take on the game design is quite disheartening as well. It’s an inclusive community, meaning that it includes pretty much everyone, even those who are toxic or a missing/broken staircase.

For Planetfall, I wish we had more people of color playing. We have a good handful, but I wish there was a way for us to reach out to more people of color to play. I hope that in time we can get more people to join and help us diverse the game more, because I want the game world to really reflect 200 years into the future, where the world itself is one big, beautiful mixing pot.

One thing I would like to add to New World Magischola is games by me, instead of across the country! One can hope, right? Lol

And to the freeform community, I would love to see more larpers of colors become game designers and write games in this field. I am hoping that with freeform growing, that it attracts more game designers to it. The one thing  I would change is the availability of the games, because it seems like a lot of larpers do not know about the freeform larp community.