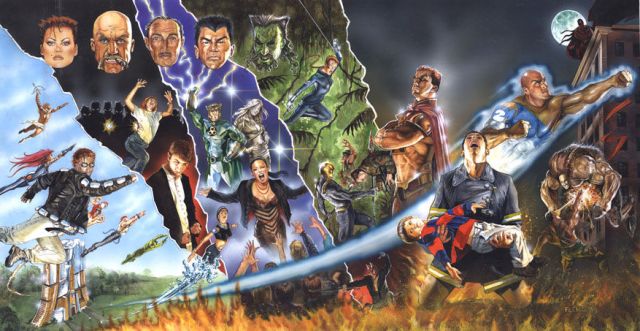 Novas, baselines, and everyone in between!

I’m really excited for Aberrant 2nd Edition, if you can’t tell. So much so that I’ve been thinking about how certain elements of the setting will be updated for 2018. 1st ed came out nearly 20 years ago. Much of the world has changed in that time. Below are some thoughts on the OpNet and some fiction for how it could be presented looking into the Nova age of 2028. The OpNet was originally an upgraded fiber optic network that was made of Eufiber, which is described below. That doesn’t make as much sense in the world where the smart phone and table revolution has taken the world by storm.

Aberrant is set 10 years into the future, which in 1998 when it was being written was 2008, with the Galatea Explosion as the awakening of a new age. The setting reflects a lot of the hopes and dreams, horrors and nightmares, and expectations of the future of the mid-to late 90s. In the last vignette I published, we mimicked the OpNet discussions from the original book, using Twitter as the more familiar medium we would use today. Aberrant was prescient about several things, and one was the extent to how important the internet would be in 2008. In setting, the internet becomes as integral to life as it does because of Novas and the creation of hyper speed internet is laid at the feet of Eufiber.

Eufiber is based on the natural excretions of a Nova, Anibál Buendia. An artificial version of eufiber is available now, but it is this Quantum powered fiber that creates the second internet boom. Social media was inevitable, but the social media of Aberrant shows its age to some degree. Networks work much as they did in the 90s, and TV is still a major presence. The iPhone and other smart devices were not yet a thing, and the cellphone I had in 1999 was barely able to make phone calls on a regular basis. Project Utopia is also said to have fixed the hole in the ozone layer and eliminated all air pollution. Other 90s kids know how scary that was for many at the time, younger folks are probably googling right now to figure out what is going on. Below is a suggestion that ties both concepts together.

In 2020, Project Utopia made its first great leap onto the world stage, showing how they would work to Guide Humanity to a Better Tomorrow. They set their teams of Novas to cleaning up the rampant pollution throughout the world. Operation: Clean Sweep was organized with the goal of returning the Earth to pre-Industrial Revolution air and water quality by 2026. The operation was completed successfully in April 2025. How was this process completed so quickly? There were several stages to the success of this project. 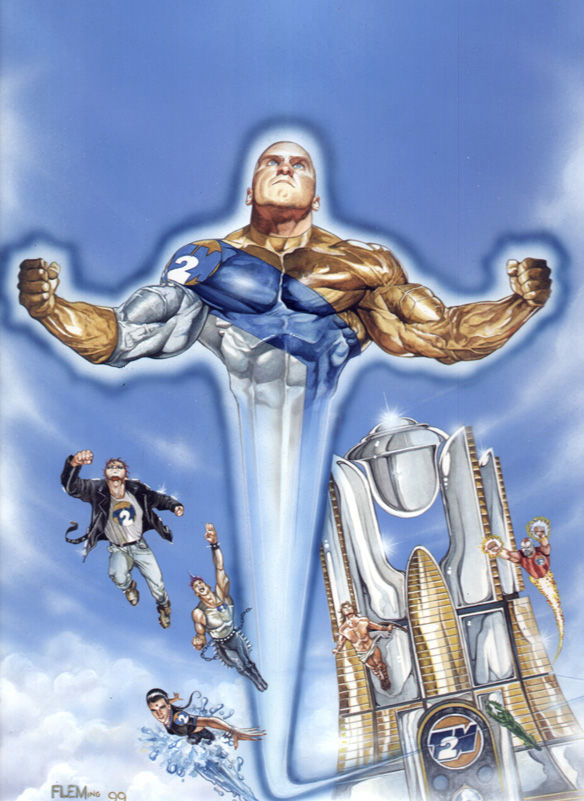 The first stage in the clean-up was putting to task Novas with the ability to move quickly and efficiently in multiple environments. Working alongside other Novas who had the ability to sense pollution, toxins, etc. these teams would drop into a region and begin the process of scrubbing the area. “I would go in and identify areas where the soil was covered in petroleum waste. Then Marcos (Tornado) would come in and pull those particles out of the ground. We would then put them in a normal oil drum. The good thing is that much of that oil could be reclaimed, and though we were pushing to get away from fossil fuels, as you know it took awhile to get everyone onto the electric standard.” – Sandra “The Finder” M’benka

Though Novas themselves were essential to the success of Operation: Clean Sweep, it was a much smaller organism that played a big role in the speed in which the project was completed. Levia Mindel was instrumental in the development of a bacterium that safely devoured water pollutants. Her work led to the creation of the Zushima microbe. These two microorganisms work diligently in the background of our world, consuming pollution and turning it into water and inert waste. “Designing the Mindel microbe was actually a lot of fun. We’d seen bacteria converting toxic waste previously in nature, but it was pretty rare. I kickstarted the process and encouraged a few hundred generations to focus on the task at hand. It sounds easy, but the hardest part of ensuring that all of the harmful elements were absorbed and converted. When we got that, we were golden.” – Dr. Levia Mindel, Microbiologist

The distribution of the Zushima microbe into the atmosphere offered an amazing opportunity to do something no one thought possible up until that point. Working alongside Buendia, the creator of stylish Eufiber, Project Utopia was able to develop a natural WiFi network. This is why you have OpNet access anywhere you go these days! The Zushima microbes at like miniature satellites communicating between one another and your mobile device. In the old days, people would talk about The Cloud, the virtual space where computers stored data. Well, now we have a literal cloud where all of our data transfers occur. 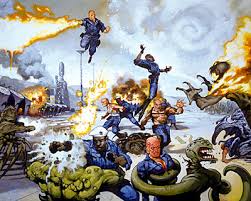 Even five years ago I remember having trouble finding a signal for my phone when I’d leave D.C. Some of the more rural parts of Maryland, West Virginia, and Virginia where I would hike would be hit or miss on if I’d be able to post my hiking selfie. Now, all of that is in the past. Now we have the Zushima microbe to thank for granting us internet wherever we go in the world!

Project Utopia deployed the OpNet into the atmosphere. A helpful byproduct of the Zushima microbe that cleans the air is a small amount of electricity. This spark of power is used to power a small thread of Eufiber in every microbe. This thread creates a web of powerful wireless signal that blankets the region that falls under the invisible cloud of microorganisms. That’s the layman’s explanation of the OpNet, as the engineer I interviewed dived into quantum entanglement to explain the way the OpNet Cloud is created.

As we know, Utopia sublets access to the OpNet to companies like AT&T and Verizon. However, they also have also required that those companies provide a low-cost access price point of no more than $20/month, to ensure that as many people have access to the OpNet as possible. Utopia has run into a series of negotiation issues with the telecom companies over the last year, and rumors abound that a subsidiary company is being prepared to offer direct OpNet access and plans. Such a move would likely destroy the stranglehold these companies have had upon the market for the last several decades.

We polled the NNN OpNet Community this is what some of them had to say.

Matt from NY: You know, I wasn’t too sure I was happy about having bugs in the atmosphere, but I gotta tell you having OpNet access wherever I go is just amazing. Gotta keep up on the N! feed, man. InstaNova #CaestusPax4Life

Nkenge from Lagos: Nigeria had good internet before this, but you know, having OpNet is much better I must say. My phone is linked to my laptop, so if I must do work while I am on the run, I can do so with no problem. #FrancoisMyMan

MalDivas69 from Toronto: I’m sure the OpNet is downloading Utopian propaganda into my brain, but I’ll stand with my Terangen brethren against PU oppression. I haven’t erupted yet, but when I do, I’m joining up with my man Divas Mal! #TeragenKeK4Chan

The OpNet is changing the world, just like the internet revolution and the smart phone revolution changed the world. Let’s see what happens, but I see a bright future for humanity looming on the horizon.

This is all one fans musing on how these concepts could be presented in 2nd Ed. All images belong to Onyx Path Publishing now, and I hope we get some super cool new art in the new edition.