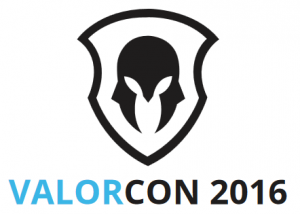 Part 3, Part 1
In my last article on con games I talked about my experiences playing at Gen Con, and designing two con game modules with a focus on making them approachable to new players at Valor Con.  I’ve talked a lot about the fun, exciting aspects of the con game format, but con games also come with some very unique challenges that I think are worth exploring.  The con game format turns the subject of the Social Contract between gamers that is being explored in depth in Scott E. Vigil’s series on the subject on its ear, and much of that is connected to these specific challenges.

Scott talks in his last article about finding a space that’s acceptable to everyone, and choosing a game that everyone wants to play.  At a con game all of those questions are swept away.  The con tells you where you will be playing, likely including a specific table assignment.  Whoever submitted the session pitch to the con decides what game will be played.  This person may or may not be the storyteller.  So in many ways the social contract for these games is templated and packaged for you when you take part in a con game.  One of the topics Scott mentions in his first Social Contract of Gaming article was very much in play at my Valor Con games though, “Are there any topics or themes that are to be off limits in the role-playing setting?”.

There is a lot of talk in all corners of the internet about representation in media, both the need for more representation, and the damage that can be done by poor representation of groups that have a history of being stigmatized by negative stereotypes and systematic oppression.  The tension between representation and quality representation weighed much more heavily on me than it normally does when I’m planning a game.  The potential for sloppy representation to cause damage either through someone feeling unwelcome at my table, or by reinforcing a negative stereotype, albeit unintentionally with a completely random group of players is significantly higher than with the troupe I usually play with.  I know my friends well and have an understanding of how they will engage with my content.  At Valor Con, I was walking into a situation where I would be running Wraith: The Oblivion, which is one of the darkest games I have ever played, with a completely unknown group of players.  As I developed my modules, the complexity of these dynamics became abundantly clear to me. 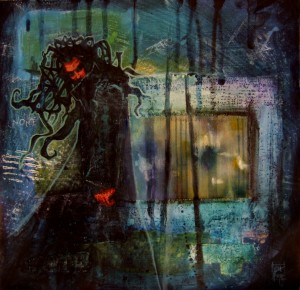 Zero to None by Lydia Burris

For readers who are not familiar with Wraith, you play ghosts who are still tethered to Earth by some form of unfinished business, which is a classic theme in ghost stories from several different cultures.  The society of the dead though, is something entirely unique to Wraith, and poses a series of significant problems for the type of game I wanted to run.  Wraith society is based on an economy of souls.  There is a vibrant slave trade, and the vast majority of “physical” items in the underworld are made of smelted down souls.  While it appears at first glance that this is cheap shock horror, there are very compelling reasons for this atrocity, and the game is deeply founded in inspecting the human potential for atrocity in high definition, and really grappling with it.

I am the only person in my immediate gaming circle who has ever run Wraith for more than a few sessions, so I know the lore fairly well, and I love it dearly because I love stories that shine a stark unflinching light on the darkness inherent in the human soul and don’t give into the aggrandizement of “humanity”.

I wanted to set the game in my neighborhood of Uptown, Chicago because Valor Con has a very strong local Chicago brand and I wanted to incorporate that brand into my games.  Chicago is one of the most segregated cities in America, except for Uptown.  In a city where almost everyone lives around other people who look more or less like they do, Uptown stands out as a diverse neighborhood with representations from a variety of nationalities, sexualities, and economic classes  This is a big part of why I love living in Uptown as much as I do and I really wanted to highlight my neighborhood.  I wanted to tell a story about Wraiths from the different generations, and communities that have built Uptown into the neighborhood it is, and who have connections to major changes in Uptown’s history.  There is a large African immigrant community in Uptown and I was halfway through making the character I wanted to represent the local African Diaspora community when I stopped typing and thought about the core themes of Wraith and how they could very problematically interact with an African character.  This was the weekend before the convention and there was no way I had the time to redesign everything before the Con.

The inside of the Uptown Theatre reminds us what the shadowlands must be like.

My game focused very specifically on soulforging and the commodification of souls that is common in the underworld.  I wasn’t playing with the themes in Wraith that half justify those actions because no one is entirely good or evil in the Underworld.  I was approaching soulforging and the Thrall slave trade as intrinsic evils, but I was still incredibly concerned about the story I was about to tell.  I decided that I didn’t want to back away from the core themes of Wraith or accurate representation of Uptown because I was walking into difficulty territory.  It was time to hold myself accountable to telling this story, even in a public venue like a game con properly.  So the first thing I did was put a content warning at the top of the setting writeup that read:

This is a game that deals with incredibly dark societal themes.  It is fundamentally a game about the atrocity that lives deep in the human soul and can never be truly excised, it can at best be vigilantly managed.  These themes include slavery, murder, xenophobia, and a literal commodification of the human spirit.  I tried very hard to balance representing the myriad communities of Chicago’s Uptown neighborhood, where this session will be set, against those themes in an honest and respectful way, while leaning into the full atrocious horror that defines Wraith.  I am open to critical feedback of areas where that goal might not be fully realized in these writeups, or in how the session ends up playing out.  Please know that if you read the rest of this setting and the character writeups and would rather not engage in this session that is fine.  If you want to engage, but would rather I downplay certain themes I am also 100% fine with that conversation as I feel it is essential to any positive Wraith experience.

I know some people are not fans of content warnings, and I don’t want to open that whole conversation here, but in a con game setting where people want to have fun, and by the nature of the format may not know anything about the games they are sitting down to play, I feel this kind of notice about the primary themes being tackled is appropriate.  This also made it clear to my players that I welcomed them bringing up concerns as the game session went on.  When we sat down to play the game I explained the specific thematic juxtaposition I was concerned about.

I also went through my session plan before the con and made sure I wasn’t aligning the themes related to the commodification of human soul with my PC’s identity as a Black woman.  While there were abductions, and soulforging of clearly unwilling victims in the game, they did not reflect any particular racial makeup, and as I opened my game session with a frank conversation about the themes I would be exploring, I felt I had prepared the most inviting space I could for this kind of horror session.  I was entirely prepared to improv changes to the setting if anyone felt uncomfortable.  As it turns out, no one did.  We had a dynamic session, where the diverse relationships the characters had with the story and the setting came into play surprisingly well for a one shot game.  It is worth nothing, the players ended up being all white men, but they were all very positive about the fact that I opened the game the way I did, and I received good feedback on how I structured the session.

Ironically, despite the content being seemingly less fraught than the Wraith game, I ran into more tricky game dynamics in my Changeling session than I did in my Wraith session.  My Wraith game ended up being an excellent example of how to plan navigating difficult content in advance.  In my next article I will talk about my Changeling session and how I went about navigating unexpected player discomfort mid-session, and what I will be doing differently in future con games based on that experience.