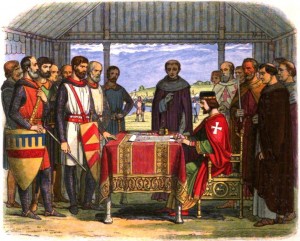 So you and your friends have decided to try out this “RPG” thing.  Your groups want to give it a try and see what all the buzz is about. Before you go diving in, there are some steps that, as a group, you all must take into account.  When deciding on a new game I recommend that 5 questions need to be addressed and answered. They are as follows:

1)  What is the time frame we are all willing to put into the game?

2) Where will the game be played and who will host the game?

3) What game will the group run?

4) Who will be running the game if a Game Master (GM) is needed?

5) Are there any topics or themes that are to be off limits in the roleplaying setting?

Each of these will be covered in a future article over the next few weeks.

Don’t worry!  I will give examples of the discussions, in italics, that should be taking place for a satisfying gaming experience to be had by all.  I also highly recommend reading over Josh’s excellent entry on using gaming as a form of dialog. That Blog Article touches on many ideas that I feel are also central to this thing I call the Social Contract.

1) What is the time frame we are all willing to put into the game? 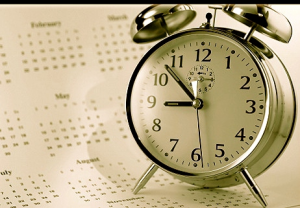 The first thing you need to decide is how much time your group is willing to set aside for a game. I start with this question as it sets the stage for the rest of the questions to come.  This helps to set expectations.  Everyone involved will be aware what time requirements will be required in order to take part in the game, either as a player or a GM.  Once the time factor is decided, there are three sub questions with regards to time frame. These are as follows:

1a) How many days per week/month will the group meet to play the game?

2a) How long is each session going to last?

3a) How long will the story run for i.e short arc vs. campaign?

Looking at that first sub question: How many days a week/month will the group meet to play the game? Sure it sounds silly but it’s one that must be noted. For 99.999% of groups this will be easy to determine based on schedules and other commitments.

Now we know when we will meet.  How long can we meet for?  This is important for many different reasons.  The main one being making sure that the GM running the game has enough content prepared and ready to fill the agreed timeframe.

There is a ratio I use to determine how many hours I like a session to last depending on the number of players. I will go into that in a later entry. For now just understand that your GM will spend time out of game putting together the story.

That is if a GM is needed. Just wait I will get to that under the “what game will the group run” question.

While the timeframe for how long each session will last is important for the GM, it also helps the players.  For me it lets me know who many scenes I  can expect to be in or be center stage for.  This is another topic which I will touch on in a later entry but, a player should have at least one scene highlighting her or his character.  From a standpoint of length of each session this means that one can roughly determine how long your scene will last.  This can help to keep the story moving along and prevent players from monopolizing both scenes and time.

Now we know when we will meet and how long each session will last. What is the time frame for the game we are playing? How long will this story last?  This is important because life has a tendency to interfere with gaming. Some groups like to do a series of one shot games (think of these like a sketch comedy show, that always uses the same actors, but in different roles each episode), others a mini-campaign of 6 or 7  game sessions (this is like a television mini-series) and still others like massive year-spanning campaigns (an example of this would be an hour long Drama’s entire series production run).

What will work best for your group is part of the contract, for example, your group decides to dedicate your free time once a week for 4 to 5 hours per session, what is the end date for this particular game?

I have played in plenty of one shot style games where a whole story is told in one session. On the extreme opposite of this I ran a decade-long Vampire: the Requiem game that started from the time the main 1st edition book was released in 2004, and ended in 2014. … yes we met weekly.

Both of the above examples show two very different games in terms of length of story.  Knowing how long that story will go on for will help in deciding what the group as a whole can commit to.

With regards to the Vampire game mentioned above I had plenty of people who shied away from it because it was both daunting to them and they didn’t want to commit to something like that in terms of length.

Also, knowing the length of each story or campaign allows the possibility for players to rotate who runs the game as GM.

For example, both my Thursday and Saturday groups mentioned above rotate between GM’s. Once one story is finished another GM will step up and run a game. Each campaign runs about 5 or 6 months on average. This for us helps with a few things; one, no one person gets burnt out on running and never getting to play, and two, it allows us to try many different and diverse games.

Make sure everyone is okay with both the frequency and length of the game.  Yes, you will need to be willing to make compromises; so make sure those diplomacy stats are high and not used as a dump stat.

In recap, we have an understanding so far of what frequency we’ll be meeting and how long the game we are going to run shall last. With one big question out of the way we can tackle the next one:

Where are we doing this thing at anyway?

That I shall cover next week…