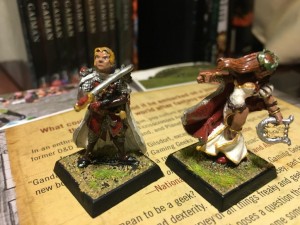 I’m sure some people are going to think the title of this article is hyperbole, and in some way it is, because I have no idea where I would have gone without gaming. There is a strong possibility I’d have slipped into a serious depression and not be here today. 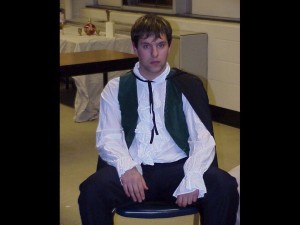 In my teens I found role-playing games and they became my regular hobby. Partly because I had dreams that I would travel the world and do great things and gaming was my temporary surrogate to those goals. However, High School was a period of toxicity for several reasons. One, I suffered through some anger management and depression problems that I really failed to address effectively. Two, I got stuck in a toxic relationship that I was too unwise to remove myself from. Now, I don’t blame my fellow co-dependent any longer, because I had the agency to remove myself from that situation, but I didn’t and it helped to make things worse for quite some time. Throughout that time, I gamed pretty regularly, eventually playing table-top games twice a week with a group of friends who hung out with the gaming club in town. On top of that, I would travel to LARPs in the region at least once or twice a month. Eventually I’d run several of these as well.

Gaming was my constant outlet for creativity. Though I wrote, and read, gaming was where I realized my dreams and generated plots and solutions to various conundrums. Usually these games were White Wolf games or Dungeons and Dragons (3.0 and 3.5), and we played a few random home rule worlds as well as testing out a bunch of other games here and there.

Eventually I found myself playing villains, people that were cruel, angry, and prone to revenge and actions I deeply found abhorrent. That being said, I didn’t have the mental fortitude to think of playing heroes, all the characters I made were flawed in ways that showed some of my deeper issues. I remember being borderline grumpy, angry, quick to snap at my closest friends at a moment’s notice and the characters I played were equally sullen and interestingly prone to failure.

Between 2002 and 2003 things started to change. A new friend at gaming club introduced me to a D&D setting he wanted to run called Birthright. Birthright is a 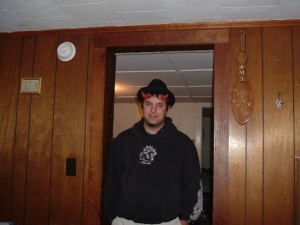 Not Osric, but from that era

lower fantasy setting where there are extensive rules for running kingdoms and smaller sovereign lands. I initially played Osric Illien, a Mage-Noble who was desperately out of his league. He was intelligent and charismatic, but he was one of the least powerful regents in the area. He made terrible choices, and was slowly on a slide into evil and probably would have eventually sold out the rest of the party. Thankfully, he died.

That character was killed in a pretty freak situation and I was initially pretty devastated. However, my friend Jeremy was a pretty wise friend and he had some suggestions to helping me bring a new character into the game. He also was wise enough to see that playing villains was helping me wallow in my misery. Here I was working up to 2 dead end jobs, not traveling, not adventuring like I had expected to be doing in my life. I’d always dreamed of seeing the world and due to a series of terrible choices, I wasn’t. I was stuck in the area of my home town, where I’d never expected to be much longer than my last day of High School. I was stuck in a dead end relationship, wallowing.

At least until I created Ruinil Alam. Ruinil was a roguish character in the vein of Westly from The Princess Bride. He was the heroic nephew of the cruel ruler of Alame. At first, he was a low-level freedom fighter that worked to usurp the Duchy from his uncle. After a few weeks of play, he succeeded and though he wasn’t at first welcomed by his people, he changed their mind with his dedication to their success. Ruinil was first, happy. He was motivated to do great things, he liked other people, and he was driven to make the world around him a better place. He also, eventually was killed. However, due to his passionate nature, the love of his NPC wife, and his dedication to a goddess, he was given life once more. This is not a common occurrence in Birthright; resurrection was not a spell most clerics could cast. This story helped to motivate me, to give me a spark of the spirit I was missing. 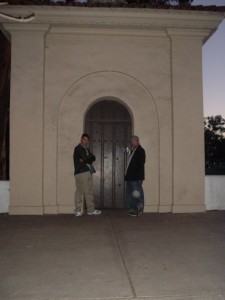 One of the few photos I have from San Diego, that’s me on the right, my brother on the left

Half-way through that game, I ended up having a massive break-up with my ex and I finally decided I needed to change my life. Ruinil inspired me to strike out and do something crazy, as well as the support of a friend that knew I needed to get out of the situation I was in. So, I moved from New Hampshire, to San Diego California. Sadly, when I arrived, I didn’t have a place to stay as my brother who was supposed to take me in was himself living on someone’s couch. So, I spent the next few months living in my car. Though I didn’t get to play Ruinil at a distance very frequently, I did connect with my GM a few times and it was good to get back in his head during this situation.

Having made this crazy change, I knew I’d have to make a plan for making further changes. I decided that I wanted to travel the world, and get an education. So, though it went against a lot of what I liked doing, I decided to join the Army. I knew that I would eventually get the GI Bill, and be able to use that money to get a degree. I also knew that if I chose my MOS (job) correctly I’d get a chance to travel. It took me another 2 years to get everything taken care of, but I eventually joined the US Army in July of 2006. It’s been almost 10 years now since I joined the Army, (I left in 2011), and I can say looking back that it was the mental shift I had playing Ruinil that really pushed me into make the changes that have brought me where I am today.

My first duty station was South Korea. I met my wife there; she’s an Englishwoman who was teaching children English (learn from the source, right?). From there we chose to go to Germany, and I got to travel a lot through Europe, and eventually drive all the way from Uppsala in Sweden, to Bavaria in Germany. I left the Army, got my Bachelor’s degree in 2 years, then my graduate degree in 2 more. In my last semester of my undergrad we had a wonderful little girl. Now having completed my school work (all using the GI Bill), I’ve decided to pursue the activity that helped drive me toward success, gaming.

Gaming is something I believe can change the world, person to person, in small ways and in big ways. I see the Inclusive Gaming Network, Keep on the Heathlands, and Reach-Out Roleplaying games as steps in tying so much of my life together. I’m tying my education, my passions, and my goals to help make the world a better place through a few integrated projects.

You all can thank Ruinil Alam for helping make all this happen.