So a quick history: White Wolf published a LARP (Live Action Role Play) variant of their Old World of Darkness (oWoD) series in the early and mid-90s dubbed Mind’s Eye Theater (MET). By Night Studios (BNS) recently acquired the right to make new LARP materials from oWoD and have set out to create newly revamped systems that are based today  incorporate more recent societal themes. This is a review  of their newest book in this reimagining, Werewolf:The Apocalypse. 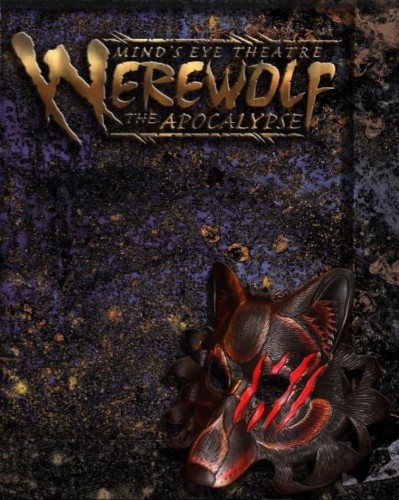 All Images Used are the Property of By Night Studios, White Wolf, and their Respective Owners, they are used here under fair use, any concerns please alert us ASAP

In the original setting, the world ended around 2000. To allow for the game to be more modern, BNS had to work from the point where the world would have ended, forward, and continue to build the world. This was a monumental job that could have fallen flat if they had gone in the wrong direction. Instead, they hit it out of the ballpark.

The story moving in to the current era is plausible, interesting, and makes for a large amount of story hooks for any storyteller. The feeling of something akin to an Apocalypse happening was preserved. At the same time, the authors moved both the game and the setting forward. I feel the most impressive thing they did was characterizing the cyber generation, especially in a game historically defined by hatred of technology (and sometimes progress). The inclusion of two political factions (The Concordat of Stars and the Sanctum of Gaia) working both together and against one another while fighting the same war also adds a new angle that storytellers can use if heavy meta-politics are their players’ jam.

Most importantly to me, some of the tribes have moved forward to become fully fleshed out, living groups of people. Black Furies accept all women and cubs of both genders born to the tribe, the Wendigo aren’t solely just angry native people, and in general, the setting incorporates globalization of our culture in a very appropriate and respectful way. I’m not saying that if you hadn’t dug deeper in to those tribes I mentioned before you wouldn’t have found life and spark, but this is an area where I feel the previous LARP books did a disservice. I feel like BNS went above and beyond to truly give new players a glance in to a living, breathing cultural organization of people, especially ones with more sensitive themes.

If you are familiar with rock-paper-scissors, you can play this game. Mechanically not much is changed from BNS’s MET: Vampire: the Masquerade (VtM). You have test pools determined by your sheet, you throw rock-paper-scissors, you compare your results and then things happen. Some elements are new, but if you are familiar with the other book, this book is an almost seamless transition. It’s also obvious that this is BNS’s second book, because concerns with MET: VtM have either been corrected or elaborated upon (backgrounds, etc.).

The only mechanic that is truly new, and I feel makes the game stand out from its companion, is the Quest System. Players develop a Quest, work together to determine requirements, and then, regardless of success or failure, collectively create a shared narrative. This emphasizes player cooperation and agency, while reducing storyteller stress. It’s a great example of a system promoting positive play and I am very impressed with it. I have heard a lot of Vampire storytellers that want to incorporate it in to their game and I look forward to that.

Relevance to New and Old Players 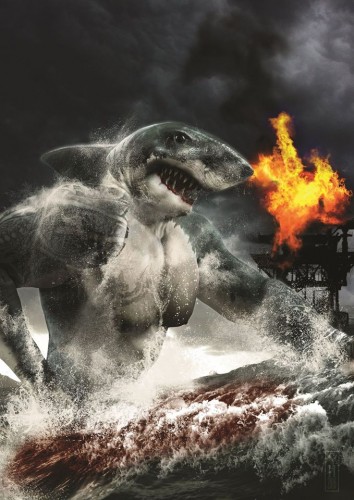 I would like to preface this section with the fact that BNS talked with the community at large about what they liked and disliked about Werewolf, and it’s pretty obvious that they took those suggestions to heart in their development of the new book. They made a lot of changes to make the game more palatable, easier to run, and easier to play.

My old group of players has an adage. “Forget what you knew before, read through the book and that’s what you have.” There is a lot of difference between the original Werewolf and this one. But these changes aren’t bad, especially considering the backstory of the book. If you like Werewolf, you’ll definitely find the old Werewolf you love deep inside the heart of this book, as well as a whole new world to explore

For newer players, this book is a great introduction to the genre. With the inclusion of definite mechanics and story hooks that allow for inexperienced players to play as Kinfolk (the human relatives of werewolves), and Cubs (newly changed werewolves), and also to become actively involved in the story, even as low powered creatures (I’m looking at you Den Mother), even the greenest oWoD player can truly become involved and captured by the system and story. Don’t try and read the whole thing in one sitting though.

Storytellers are given a lot of information and a lot of meat to sink their fangs in to. The Umbra section alone could be an entire 5 year chronicles. This makes the book great for someone trying to run a game, especially if paired with its sister book, Vampire the Masquerade. There are 750+ pages of pure information to sink your teeth into and you have all the time in the world to get to know it.

This needed its own section. The art is amazing, representative, evocative, and while the style may be slightly strange at first, it meshes well. There are depictions of strength and serenity in both genders. It’s some great stuff. 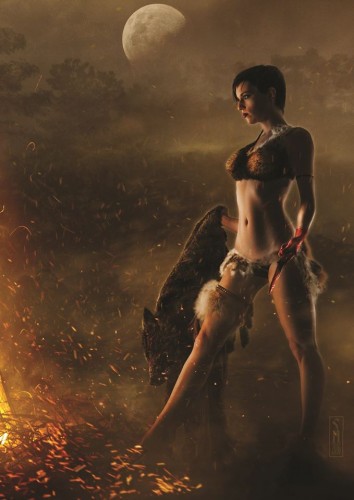 But… it’s not perfect.

My major gripe is that there are firmly more depictions of men than women (by a factor of maybe ¼ from a quick count through the book) and there are a few ‘sexy poses’ that women are in that you don’t see the men paralleling (I’m looking at you page 735). There’s nothing wrong with sexy, but similar poses could have been employed in some of the male images. Also the bewildered and bored look that the two women in the Pentex scene respectively have (page 610) hurt my soul a little bit compared to the businesslike and serious look the men have.

These seem like petty gripes, but I hold BNS to high standards in regards to being open and accommodating to the community, and art is one of the major ways that the gaming community has majorly failed to do this in the past.

Overall, the art is stunning, and despite these issues the full color renderings of them make me want an art book with more.

So there is one Were-Elephant in the room I’d like to address. The original LARP books were small and portable. This book is not. While the 750+ pages are absolutely glorious and give you all the information you could ever need, it’s also a monster of a book. There are ways around this (printing and creating subsection binders, e-readers, etc.), but those are hoops that the consumer has to jump through themselves. Also, the size does seem to mess with certain e-readers and PDF readers, so a B&W option of the pdf at some point in the future would be appreciated. 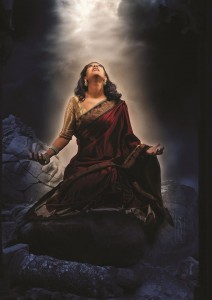 This is an amazing book. It’s a great re-imagining of Werewolf that addresses and deals with a large amount of the issues that the community was vocal about. It’s obvious that the two years of work that both BNS and the community put in to it have paid off and I feel like this is definitely going to revitalize a once dying subset of the LARP community. They have taken a part of oWoD that I loved but was always hesitant to suggest due to problematic issues in the original source material and morphed it in to something I would suggest to most, if not all, of my LARPing friends to try out at least once.

Will Martin has been LARPing since college and has found no reason to stop yet and is quite fond of being able to watch the age where the art of gaming has become more self-aware and critical of itself. This is accented by his job working in Public Health with a focus on underprivileged communities. Currently he is the head Storyteller for a yet to be named Werewolf LARP out of Washington DC, run through Underground Theater.