In my last article I discussed the difficulties of planning a con game that tackles difficult subject matter in a responsible way while creating a welcoming environment where everyone is comfortable voicing any concerns or boundaries they have related to the game.  Ironically, of the two games I ran at Valor Con, it was not the Wraith game where I ran into these dynamics.  It was during the Changeling game, which acted as a prequel to the Wraith session, I ended up running into a player’s boundaries, much to my surprise.

My Changeling game was set in 1925 Chicago during the opening of the Uptown Theatre cinema palace.  This is a significant moment in Chicago history during the escalation of tension between Al Capone’s gang, The Chicago Outfit and the Northside Gang, which was Capone’s primary opposition at the time.  Chicago was embroiled in an all out gang war after arranging the assassination of the Northside Gang’s leader a year prior.  There was nowhere entirely safe from the violence spilling into the streets.  However, despite the violence, Uptown was relatively peaceful.  At the time, Uptown was the primary entertainment district of Chicago.  It was home to the Arcadia Ballroom and skating rink, the Green Mill jazz club, which was larger in 1925 than it is today, and the Riviera theatre.  As magnificent as the district was, its peak was still years off.  The Uptown Theater, the largest cinema palace in the country was opening on Broadway and the expansive Aragon ballroom was already under construction across the street from the Lawrence el stop. 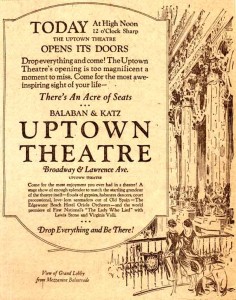 One of the many reasons all of these entertainment venues were able to flourish is both gangs loved the nightlife and they knew if their war spilled into Uptown and the adjacent neighborhood of Edgewater, where visiting performers were housed, then their night life would fall apart.  If you can’t enjoy the spoils of your illegal empire then what’s the point after all?  The opening scene of my game has the players in the Green Mill, and as it’s a one shot I broke one of my personal ST rules and went for a simple quest giving dynamic.  The local “ruler” among the Fae, a mostly kindly, but terrifyingly powerful Boggan told the characters about a plot to destroy the Uptown theatre on it’s opening night.  He suspected the RedCaps in the Northside gang were involved, but he couldn’t prove it and he had to stay in the Green Mill to keep the peace.

This was the setup I had scripted in advance, and I really didn’t think there would be any particularly problematic aspects of this story.  I generally follow my players lead in terms of tone and boundaries and didn’t think I’d run into any problems as long as I stuck to that approach.  The first question of the night was posed by the one female player at the table, who chose the Pooka I based off of Josephine Baker.  She wanted to know if there were any RedCaps in the Green Mill, when I confirmed that there were, she decided to to team up with the female Sidhe in the group and attempt a seduction roll to try and get some information out of them.

This point in the flow of the game demonstrated to me that “following my player’s lead” doesn’t work nearly as well when I don’t know my players.  I decided to take the opportunity to perform a little bit and put on my best best gangster flirting with a girl in a club.  These were unseelie RedCaps, so I went for hardline trope as opposed to subtle.  The NPC wanted to get the two PCs to go over to the Arcadia Ballroom (my attempt at giving them a hook into the next scene) and do some dancing.  Josephine (I’ll use her character name from here on out for convenience and anonymity) immediately cringed at my performance.  I gave the exchange a line or two more before it was definitely clear that she didn’t know what to say and was uncomfortable acting out this dynamic.  So I immediately dropped character and affirmed that they were supposed to be pretty disgusting unseelie RedCaps, and not a representative of anything desirable.  Josephine seemed happier when I dropped the hard rp approach and she said she didn’t want to go dance with them, but really just wanted to get info from them.  So I said “That’s cool, I’m not going to make you LARP through this.  You can throw a Charisma+Expression roll to try and get the information you need out of them. 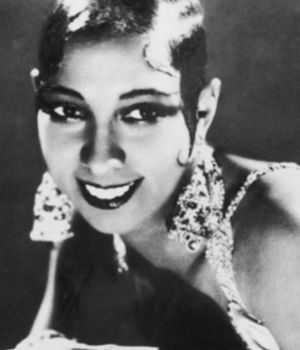 What is a Pooka to do when the ST goes off course?

Once I changed my approach the rest of the session went very well, but in the back of my head I realized I had made a huge assumption thinking the Changeling game wouldn’t have the same sorts of dynamics my Wraith game had, especially given the genre it was set in.  At the end of the session Josephine thanked me for running and seemed to have legitimately enjoyed the experience.  She had a couple stellar character moments (one right after the exchanged described above), but unfortunately she had another session that started right as ours was ending. I wanted to chat with her and ask her about that moment and see if she would have liked me to handle it differently but I was not able to have that exchange due to her tight schedule.  For future con games I will likely hand out a link to a Google Form so players can give me feedback even if there isn’t time after a session, or they aren’t comfortable being critical in person.

When you run a game for yourself and your friends you have a good sense of what your boundaries will be, and it’s easy when running a public game to use that experience as a map for what territory you should approach delicately.  The truth of the matter is public games are much more fraught, especially with a setting like the World of Darkness that emphasizes a decayed world filled with all manner of horrors.  Had I been in a session with someone who wasn’t as expressive, or who had learned to hide their feelings on topics like this one I may not have noticed that I needed to change my storytelling approach and left one or more of my players feeling unsafe or unwelcome at my table.  An incident like that could also easily have run afoul of the ValorCon standards of behavior, which I am very happy to say are quite comprehensive.

Looking back at my experiences running both games I am glad things got close to running off the rails without actually running off the rails in my Changeling game because it served as a solid lesson on the dynamics of public play.  I am spending the next few months cleaning up the mini modules I created so I can use them at future cons and I will be including a disclaimer on my Changeling module that is similar, if slightly different in scope to the one in the Wraith writeup.  Despite seeing reminders in countless White Wolf books about negotiating boundaries before playing one of their games it is a very easy step to forget, but an important one not to. 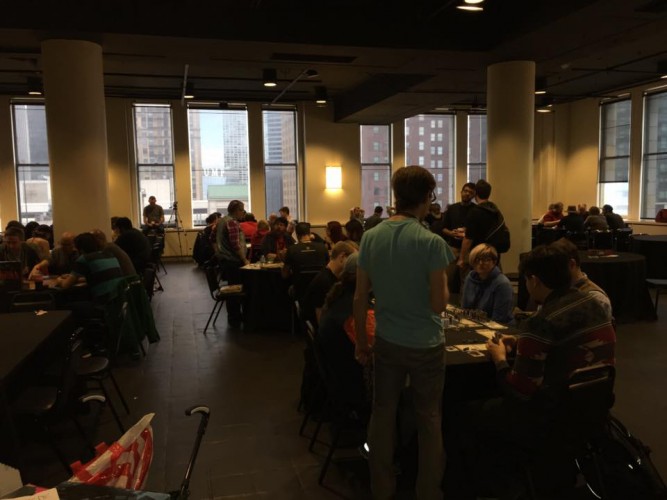 The Tabletop Floor at ValorCon

Planning and running a game in a public space with unknown players is every bit as dynamic and invigorating as I describe in the first installment of this con game series.  As with all public narrative it is also a more delicate dynamic than telling stories around your table at home, and should be approached more carefully.  I highly recommend finding a way to run a few public games if you generally wear the storytelling hat.  Just remember to set a stage for your players where they feel like you took the time to learn about their boundaries, and feel comfortable letting you know if those boundaries are being pushed.  As Game Runners we aren’t just playing these games.  We are introducing new people to our favorite worlds, and we want that experience to draw them back again in the future.