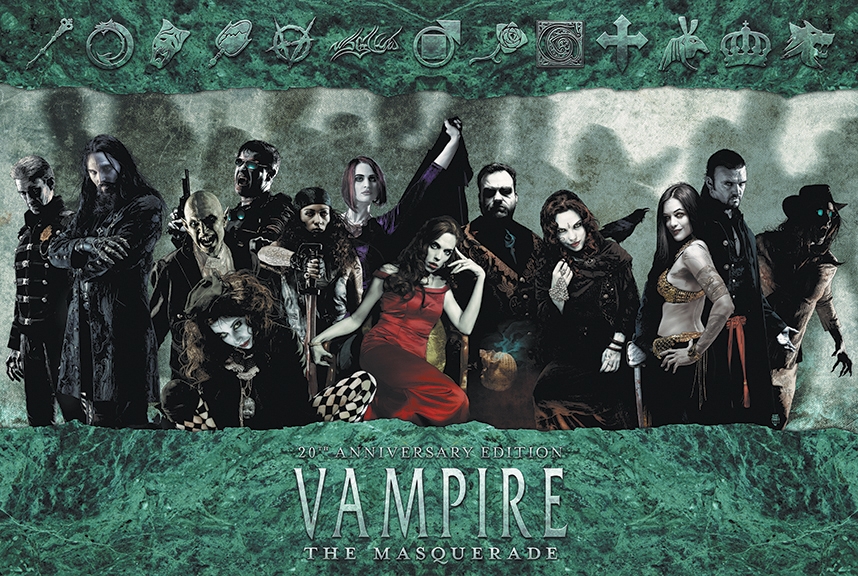 Vampire: The Masquerade is a horror game; even if every game played isn’t about horror, the fact you are playing an undead parasite on the side of humanity is something that is horrific. That being said, the humanity/road/path rules have not always been cut and dry and that makes things a little difficult to use them effectively. In most of the VtM games I’ve played, most storytellers have ignored the rules or used them sparingly. I don’t think any of them disagreed with the concept, but they did get frustrated with remembering the hierarchy of sins and understanding when and how a roll should be made. Some also understood the horror side of the game, but didn’t want every session to be about the brooding horror and so they would sideline these rules to focus on other awesome aspects of the game world.
?
Here is a short list of things I think help make the rules easy to use.

1) Make your players learn the rules too.
I know that the Storyteller should know the rules, but this is one of the rules that your players will need to spend some time with. Your players should learn what the hierarchy of sins looks like and why it exists. You should take 10 minutes to talk about what the Path Rating each player has really means. If it is high, why and how will that impact their role-playing are great questions for them to consider. Also, discuss the basic purpose of Conscience/Conviction, Self-Control/Instinct, and Courage. Players need to read this section of the book a few times, and don’t be afraid to start a session with a short-refresher training. Encourage your players to ask for appropriate checks. If they are thinking about draining a human because that person made their character angry, encourage the player to roll a Self-Control check to see if they follow-through, particularly if they have a high Humanity rating. If the players start suggesting such rolls for themselves then you are headed in the right direction.

2) Oh, if I go down in Humanity I can kill everything!
Sure. Let your players do this if that is the direction they think their characters would head. Then make them regret it. Remind them of the power of their Beast. Describe scenes to them differently; focus on the primal hunger inside them by making even basic human interactions a game of fight or flight. If they had an activity their character loved doing, find ways to make them realize that activity no longer holds appeal. Try adding Beast Traits, or other physical markers of their separation from humanity. I’m not talking about doing this every time they lose a dot of Humanity, but it is a good thing to add in every now and then to make the transition down into wassail worse for the character.

3) How about I switch to a path/road then?
Again, sure… then remind the character that such a transition takes time, not only time, but a true role-playing dedication to acting inhuman. Paths are alternative worldviews created by Cainites to help them try and reconcile their base natures with the Beast. The Path of Night does not simply allow for a player to act “evil” at will. Adhering to that path requires a dedication to thinking as that character, making choices that would fit a philosophy in line with that Path. For characters on a path or road (depending on which rule-set you are using) that player must spend the time reading about that path. I recommend that player also create a sub-set of rules alongside the hierarchy of sins. This rule-set are parameters of how their character understands the Path/Road and how that affects their behavior.

4) Know when to Roll and when to Role-Play
In my experience, most WoD players know when to role-play their Path/Road/Humanity rating, but very few know when they should be rolling their virtues or rolling their path rating. This is in some-ways a recap of number 1 on this list, but it is focused more on the ST. Know when you should let your players role-play out a loss of humanity or regain it without rolls. If you think a roll is justified to make the decision the player is making stick, do it. This applies to path rating as much as it does to Self-Control. If a player on the Path of the Beast needs to roll Instinct to see if they chase after prey, even if that prey is inside Elysium, ask yourself if a role or a roll is the best way to handle that situation. I’ve personally seen Courage rolled the most, because I think most players and storytellers can get their minds around fear and a roll to see if they are affected by supernatural or ‘natural’ derived fear.  Self-Control and Conscience are very similar, find times they are appropriate and story-driven to force rolls, and then encourage effective role-playing of the effects.

It can be awesome to role-play vampires as supernatural heroes, but you are missing something special about Vampire: The Masquerade when you do so. VtM is a horror game for a reason, darkness lurks behind every human action, and the creatures that lurk in that darkness are truly monsters. Don’t make every game depressing, but don’t be afraid to drive home the inhumanity of your characters every now and then.