I play in, and am a Storyteller for, the Underground Theater Vampire: the Masquerade LARP. For two years, I served as the Organizational Storyteller for the Camarilla, Anarch, Independent Alliance venue. During that time I ran a game that was heavy, dark, and brooding. Players were forced to make difficult choices at every turn and were in constant danger. Winning was surviving. The story was dark, but was it good? I had players burning out constantly. 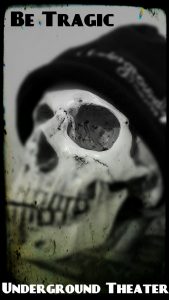 I stepped down from the position and spent some time thinking about how to run games that embraced the themes of Vampire and the World of Darkness, but didn’t drive players to burn out or Out of Character conflict. After a time, I realized that the great villains (which is essentially what we are all playing in Vampire) were a bit campy and weird. They all had character traits that drove them to make poor, but interesting and entertaining choices. The best of them had a touch of ridiculous about them. Victory was never enough, it had to be gained in a certain way or through certain actions. Ultimately, great villains were campy.

Camp can be zany or subtle. A primary complaint about injecting camp into serious games is that too many Storytellers are already doing it badly. Vampires are battling anthropomorphic snowmen with little story beyond, “Wouldn’t it be cool if?” I am not a fan of genre-breaking silliness. Stories must have depth and connection to the world that we choose to mutually inhabit. Always ask yourself, “Will the story my Players tell sound ridiculous?” 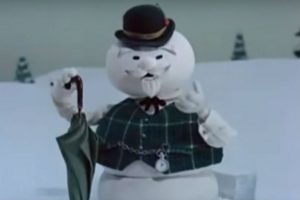 Camp is a difficult word. Words have meaning and power, especially in roleplaying games, especially in LARP. I choose camp because it describes the absurd, slightly tongue-in-cheek way that good LARP interaction begins with. We encourage players to be be larger than life and play fearlessly. That requires them to act in ways that are theatrical, not realistic. Subtlety does not need to be lost.

“Theatrically” is not a bad word for the style of play that I advocate. However, I want to draw a line between Hamlet, in which a character does some patently ridiculous things in pursuit of revenge, and Titus Andronicus, a play so violent that it makes modern slashers look tame. Both are very theatrical. The characters make big choices and extreme actions, however Hamlet has a subtlety to it that makes it more interesting. Hamlet is also a touch campy (the right kind of campy). He suffers and monologues and wallows. Hamlet acts, but indirectly and in ways that would be less than advantageous for his “player.” That’s what I seek. 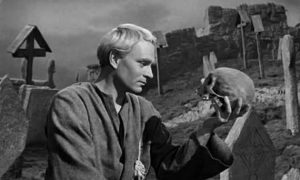 The unrelenting gloom and horror of the World of Darkness (and other such games) needs a tinge of the ridiculous to be great. Batman’s greatest villain should be Salvatore Maroni, the Boss of Gotham. He is deadly, smart, and has managed to keep operating, more or less, in a city protected by Batman. There are plenty of fans of Boss Maroni, but he is not the Joker. The Joker is terrifying, homicidal, and campy. In Vampire, do you want to be “Black Suit Person #27” or do you want to be “The Rabid Mongoose of the South?”

The purpose of camp in serious games is to increase the potential story and to not leave behind fun in the unrelenting darkness. A small amount of mustache twirling creates a rivalry instead of a enemy. A small amount of the absurd gives players that moment of relief that stands in stark contrast to the serious drama around them. Both create more, and better, story and that is the ultimate goal.

THE Jason Hughes thinks about Larp constantly. He probably has a problem. His wife is very understanding.