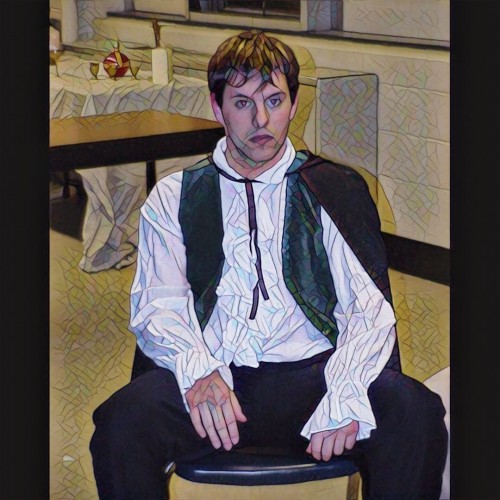 Grigori seen in Maine circa 2001

I finally remember that peculiar smell that wafted into my nose as I was burned alive. It’s not something you expect to forget… but when you’ve lost your mind, and at least one body like I have… things are a little different.

We should never have left Siberia, or at least, we shouldn’t have tried to find the homeland of our grand-sires. Tatiana… Nicolai… Henri… gods, even that fool Kirov, all of them dead because of my fool need to know where we came from. The truth is, even if our blood did descend from Carpathian madness… we were nothing like them and nor are my new childer.

Grigori Pimenov took over an inn by devouring the blood and soul of Andrei, but worse, he became Andrei instead of staying Grigori. At the same time, Grigori became Vassily, an old beggar that would only slip through the streets late at night. It is hard to use I when remembering these things… my mind was shattered into these different bodies. Vassily forgot who Grigori was, Andrei was content that his inn was the best, no one could challenge him and all of them forgot they were one.

I’ve been thinking on this for a few years now. Do I call myself Grigori again, now that my mind has been brought together? Or do I choose a new name? Vassily was never a name I wished to keep, but it’s been with me the longest. It was the first I retrieved from Sofia. I don’t even remember all the different names any longer. Adam, or Mattescu, or Cecelia… names just fade away to reveal a scattering of simultaneous memory. Like a land of dreams, they all sit like a fog until I peel back the layers. The stories I know; the tales I could tell. When those around you see you as safe, as one of them… they tell you everything.

The Pimenov Bloodline are likely descended from the Tzimisce. Stories from Vildergohm (deep in the Carpathian Mountains) assign that clan to Grigori and his brood. However, they have been tainted by madness in a way that no other Tzimisce (other than perhaps the Eldest) are known to be afflicted. This madness comes from their mixture of the Dementation discipline, Auspex, and Vicissitude. The question comes up, who taught them Dementation? In the end, it doesn’t matter. Their particular mix of these three disciplines gave rise to some interesting usages. The Bloodline tends to stick together, with sires often embracing at least 3 companions… or perhaps splitting themselves into 3 personalities. There appears to be some similarities between the Blood Brothers and the Pimenov and it’s unclear if they are related in any way. Modern sightings of the bloodline place them in Washington, DC, Seoul, and southern Germany.

Bloodline Weakness: Pimenov are all afflicted with a Derangement that functions similarly to the Malkavian clan weakness. Due to their particular power set, forms of dissociative identity disorder (formerly known as multiple-personality disorder), fugue, or other memory related Derangements tend to be the most appropriate.

Multiply the Mind:  Auspex 4, Vicissitude 4, Dementation 2: Multiply the Mind allows a Pimenov to create separate bodies for their various personalities. These bodies exist as completely separate beings from the time of their separation. Each personality continues to carry the Curse of Caine. A would-be diablerist cannot lower their generation without finding and devouring every personality.

Creating a new body requires the expenditure of a permanent point of willpower, this willpower may not be repurchased through XP until the personality is reabsorbed. The new body must be fed within 5 minutes or experience frenzy. Each personality is considered 1 generation higher than the primary and this increases by 1 for every personality. For example: primary is 7th gen, first split is 8th, second is 9th, third is 10th. The new body has only the memories imparted by its particular personality and fabricates memories to fill out an entire life. Separated personalities may learn different disciplines apart from one another, but upon recombining the reformed Cainite will retain average rating of any discipline, rounded down. If any portion of the Pimenov is diablerized the primary Pimenov may still reacquire their knowledge through the subsequent diablerie of the diablerist. Each recombination requires a decision by the player to determine what path the various personalities will follow. This should be a storytelling moment. All Pimenov personalities may ghoul, and embrace. Any bonded beings are bonded only to their distinct personality, if that personality is reabsorbed, the bond dissolves as if their domitor had perished. The Pimenov can reabsorb any of their personalities at any time by being in direct physical contact and spending a point of blood. The merger takes at least 3 rounds. If a personality is sent to final death, it’s memories can also be reabsorbed if a significant portion of that body’s ash can be recovered and eaten.

This power costs 28 XP to learn.