We’ve been talking quite a bit about who your character is, and by now you’ve either come up with a great concept, or at least are toying around with a few.  So let’s take a little bit of time to kick around some thoughts on who your people are.

The Weird West isn’t a unified nation with gradients of civilization as you move west; it’s a fractured jigsaw of nations, territories, and independent fiefdoms.  It’s likely your character is part of one of these groups, by birth or by choice.  Even if your character holds themselves independent of any of the larger groups, it’s still likely they’ll have an opinion or two about the major political players in the region.  So let’s run through some of them, shall we?

The good ol’ U-S-of-A, although, not so good these days.  With the Civil War still grinding on relentlessly and the government feeling the pressure from the Reckoning, the United States has had to place the entire nation under martial law, bringing the advancement of civil liberty in the exact opposite direction than was originally intended!  While the CSA may hold many advantages, the Union enjoys a greater degree of industry, which in turn translates directly into an arms advantage when it comes to ghost-rock powered war machines.  Although their resolve was strong when the war began, the abolition of slavery even in the south has led some to opine that the war may no longer be necessary.  As the war slogs on, its crushing influence touches every facet of US society, and many wonder how long the Union can maintain the will to fight. 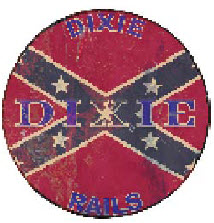 The CSA has already far outlasted its real-world counterpart.  Partly through the influence of the Reckoning, and partly through shrewd foreign recognition, the Confederacy is standing on its own, however shakily.  While the war is still the predominant influence on Confederate society, in the CSA it’s a much more tangible influence, since the majority of fighting has occurred south of the Mason-Dixon line.  With many of the political structures newer than the ones in the North, political corruption is a bit more open (after all, there are fewer centuries-old institutions for it to hide behind!) but no less common. 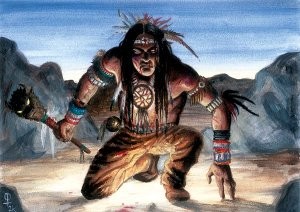 The return of the spirits has heralded a second wind in the Indian Wars.  Although the magics of the natives are no more potent than those wielded by white hucksters or blessed, the Indian nations boast a much higher percentage of those with an Arcane Background.  Further, the shamans have a far stronger unity of purpose, giving them a greater edge when dealing with white forces.  This unity has allowed the Sioux to carve out a sizeable territory that they can claim as their own.  This strength, coupled with the ongoing war, has forced the Union to deal with the Sioux Nations as a legitimate entity, ceding their right to administer their own lands.  This has caused a great deal of friction with the predominantly white mining town of Deadwood, but so far the two groups have managed not to kill one another. Internal tensions are extremely high, however, and likely to remain so.

Not to be left out, several tribes in the southwest have banded together to form their own nation, smaller in size but not necessarily in influence to the Sioux Nations.  Occupying most of Oklahoma, the Coyote Confederacy doesn’t have the problem of white settlers on their borders.  Instead, they contend with some vigorous politicking from within their own ranks, as well as a number of external threats, including the nearby experimental science bases of both the USA and CSA as well as the numerous conflicts that threaten to spill over from the disputed lands to the north. 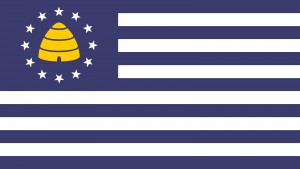 When the Mormon church established their own community in Salt Lake and proclaimed themselves a free and independent nation, many were outraged.  Although Brigham Young has publicly stated that Deseret will rejoin the Union once the Civil War has ended, many consider them to be no better than secessionists. The animosity at their unusual religious practices which drove them westward hasn’t died down.  Only the fact that Salt Lake City boasts two of the three premier institutions for mad science, Hellstromme Industries and Smith & Robards, gives them enough of an edge to survive in the Weird West.  Although the tensions between Mormons and non-Mormons threaten at times to spill over into outright violence, the tiny city-state continues to hold its own, for the time being.

In the shattered remains of the California coastline, food and water are incredibly scarce.  The few places they are available are natural hubs for human activity, but even in these communities there is rarely enough to go around.  Fortunately, the largest of these communities has a beneficiary: the good Reverend Grimme, who is more than willing to provide for the sustenance of the members of his church, so long as they obey his edicts and help prop up the theocracy he’s running out there.  Both the USA and CSA would love to see him destroyed, but so long as the church continues to buy the loyalty of the populace with free meals (complete with lots of nice, fresh meat) they have an uphill battle.

Of course, that’s not taking into account the vast swathes of territory not under a single national jurisdiction, or the dozens of tiny fiefdoms that have popped up and answer to a single local authority.  Of course, nowhere is safe from the horrors of the Reckoning.  Really, all that changes is the faces of the bad guys and the shapes of the monsters.
Until next time, amigo!

Jim Stearns is a one-armed gunslinger from the swamps of Southern Illinois.  In addition to the Ravenloft Corner column at High Level Games, his mad scribblings can frequently be found in Quoth the Raven, as well as anthologies like Selfies from the End of the World and Fitting In, both by Mad Scientist Journal. Follow him @jcstearnswriter on Twitter.