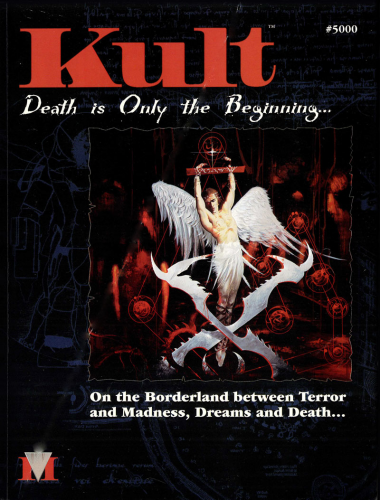 Kult is a controversial Swedish RPG

Welcome back to the final installment of this series. If you have been reading each of these much thanks! The topic for this week would not be the last thing you discuss with your group , but will  be discussed multiple times during this whole process. So, the topic I want to cover in the final article is how to have these ( sometimes very intense)  discussions and make sure that the GM is able to run the game they want while respecting any boundaries. Again , as I always say , please comment and let us get a good discussion going!

No, I am not going to list topics that are controversial here. Most of these would be self evident and,  most of the time, the ones that players may have an issue with are ones that may not be so easily identifiable. With that being the case , it’s more of a way to have a discussion, make sure that every player is heard , and the best time is had by all.

The most straightforward way is to open this talk up is to put it out from the get go is to s imply ask your group what topics or themes they don’t want to have present in the game.Be prepared that a lot of people will simply answer that they can’t think of anything that would offend them that needs to be left out. Trust me on this , everyone has something that they don’t want to be included in a pen and paper RPG. The job of the GM is to make sure that they DO answer you.

In my experience ,  the best way to do this is to let them know they can reach out to you privately via text,  Facebook , or other means away from the group , and let you know what they don’t want to see in game. Even in the most close knit groups , people don’t like to be the reason for not having something included. Normally , for my current groups , any time I am running a game (even after all these years) I state the same thing “If anyone has any topics, themes or other things they want left out of the game please let me know. You can do so here or reach out to me privately. I won’t share what is discussed and I won’t say who does or doesn’t reach out to me.”

Surely you may say  ‘Scott , you don’t have to do that every time. Especially with your home groups. They have already answered this before”   I thought that way too friends and I was so very wrong that it taught me to always ask this very question. My group actually has a rotating roster of GM’s , which I have mentioned in previous entries here , and as such , sometimes a good chunk of time may go by before I run a game for my group.

In addition to this people change from day to day , not to mention from year to year. This means that a topic or subjec t that may once have been ok, could now be an issue. It’s just a polite and considerate thing to ask. Let me explain this in context of a story . Out of respect for the people mentioned I am changing names of those involved. 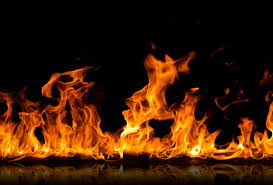 A few years back , I was running a particular splat in the Chronicles of Darkness world. I had worked with the players on making the characters , and as such I mentioned , as I always do , “If anyone has any topics, themes , or other things they want left out of the game  please let me know. You can do so here , or reach out to me privately. I won’t share what is discussed , and I won’t say who does or doesn’t reach out to me ..” None of the players mentioned anything at the table, and no one reached out to me afterwards

We come to the game and , after making the characters, we had one character who had a very graphic scene in their backstories. Now I do want to make it noted this didn’t happen in game it was completely in the backstory , before the game even began. So, with all that being said we start the game. Towards the end of the session in an attempt to bring the PC’s together I corner them and make it so that they are not able to leave a room they are all in.

One PC at this time starts to lash out , and is very adamant  in getting out of the room. Explaining to the player the reason  behind the scenes backfired, as they felt the group as a whole,  and this included me, were attacking them and making them feel like they didn’t have freedom of choice.

We ended the session shortly thereafter. The next day  I reached out to the player and asked what the issue was to make sure that it didn’t happen again. What they told me was that the graphic act that occurred in the other players backstory made them uncomfortable and they felt like that was going to happen to them when they were not allowed to leave the room during that session.
This was not at all my intention of this scene  and was not anything close to the feeling I was trying to invoke. I assured the player that this was not my intention. Building off of this , I asked why they didn’t mention this topic being off limits at the beginning of the game when I asked the group  and    said “it didn’t occur to me as something that would come up.”

That last statement should be repeated  “it didn’t occur to me as something that would come up.” This is why i always ask. Always. Also, this goes to show you that no matter how much you give people the ability to speak up , they still may not until the are directly confronted with a topic or issue. 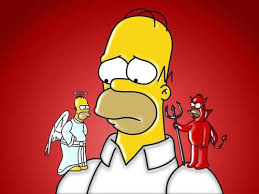 So we have a discussion going. That is great.How do we make sure that all parties are equally heard?  Well , that is where compromise comes in. This,  from time to time, will mean that we have to drop a theme or plot thread if absolutely needed. However , let’s not jump to such  a extreme conclusion right  off the bat.

This really becomes a bit of a negotiation in which you will have to use active listening to ensure that both parties (GM and Player) are on the same page. Ask the players what themes they want to avoid. Once they have provided a list ask followup questions in regards to those themes.

The important thing to remember is during this entire exchange you want to get active consent. This means getting a firm yes from a player. If there is any wavering, be prepared to listen to concerns and if needed remove the theme. If you can’t get active consent, you can present the themes as you play, and then ask again before we delve fully into a scene to ensure a player is comfortable.

When I last ran a Vampire: The Requiem  mini campaign , I had a player who was very against having to roleplay out the scenes were their character would feed. The player decided that, to get around this, they  would have a herd , which in Vampire means they have a group who is willing to let the PC feed off of them.

I explained to the player that I would not make them roll out every single feeding , however I did mention to them that at times I wanted to have them try it out , as feeding in Vampire is a core part of that mood and theme the game presents.I asked that they allowed me to do at least the first feeding for them to set a tone. T  and over time got more acclimated to roleplaying out the feeding scenes.  I still didn’t have it at the forefront as I did with other players , and at times did push back on the player to still play out the scene  as per the rules Herd, just gave him a bonus on feeding ROLLS it didn’t give him a guaranteed to feeding with no issues.

The above example shows active listening. It shows that I addressed the players concerns with feeding and made sure to set an expectation with the overall theme. This also shows getting active consent during the scenes we would run with this player. I would downplay more of the sexual violence of the feeding while still playing up the theme of being a monster.

So, that will wrap up this topic and series. I again appreciate anyone that took the time to read even part of these , and for those of you who read all of them through , thanks very much.

The contract that is made in a gaming group is very interesting and rewarding. By having these discussions , you will see your games become enriched for the better. As mentioned , please let me know thoughts or any questions and let’s get a discussion going.