No one likes to be told they are stupid, or mean, and no one wants to feel like someone hates them. It usually results in feeling somewhat like this: 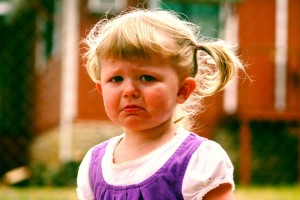 See also: Me when they cancelled Firefly.

The way we speak in relation to our games is important. Being mindful of tone when speaking out of character can drastically improve your experience in both areas. Being sure to use the right terms and tone of language out of character can help make stressful situations go smoothly and leave everyone involved happy. On the opposite side of that, using the wrong tone or words can turn a neutral situation into a stressful one for everyone involved. Taking the time to pay attention to how things are said will be beneficial to you. These articles aim to help you conquer one of the topics that is the most harmful to out of character interactions: the language you use. Today we will discuss the language should use to clearly separate your character’s thoughts and feelings from your own when discussing them with other players. 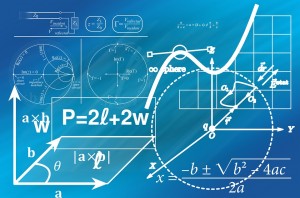 …and now, for advanced math. I hope you studied!

Let’s say that your character Taylor absolutely despises Janet’s character Kara, and you wanted to talk about the situation with other players. If you use subjective language, you’d be saying “I hate Kara” which could make Janet think that her character wasn’t any good and she may stop playing the character or the game as a whole. Even worse is saying “I hate you” when talking to Janet directly. If Janet didn’t know you were talking about your character, she could take this as you meaning that YOU the player hates Janet the player and that could leave her feeling upset and make her dislike you as a person.  Even in situations where Janet is clear that you are speaking about your characters, the fact you are not taking the time to make the distinction in your wording may make her feel like you don’t care much about the distinction.

If you were to use possessive language, such as “Taylor hates Kara” then Janet the player would be much more receptive to the conversation, and that would lead to a much healthier dialogue between the two of you. By speaking with possessive language to refer to your character, their thoughts, and their feelings you create a barrier between yourself and your character. Having this barrier lets people know that you as a person do not dislike them and allows players who play even the most bitter hateful rivals in game be civil and cordial out of game. Referring to your character’s opinions this way also helps you as a player keep those opinions separate from your own.  That separation is both necessary and healthy, especially if you play for bleed.

Clear and concise language reduces the chance for hurt feelings.  Remember to use possessive language when referring to your own characters thoughts and feelings, and you will be seen as a much more mature and respectable player. Look for part two tomorrow where we’ll be discussing the differences between the phrases “Player versus Player” and “Character versus Character.”