How many of us have gotten in trouble w 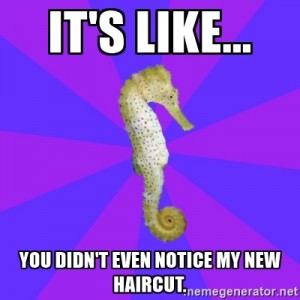 ith a friend, family member, or significant other for not noticing something? Whether it is dishes in the sink, a full trash can, or a new haircut – may the gods have mercy on you if you didn’t notice.

LARPing is a game of make-believe, and the best players go out of their way to preserve immersion and make things feel real. So if your honey will get irritated because you didn’t notice a change they made, it only makes sense that players may get irritated if they put a lot of time and effort into doing something that was designed to be noticed.

I’m not saying you have to memorize every detail of every player you come into contact with, but make note of obvious things. Every item and piece of clothing we bring into a LARP situation should carry significance, because we chose to bring it into that world of make believe.

A change in primary color worn might signify that the character has undergone a change of their own. More jewelry, less jewelry? Maybe they came into money, or were robbed. Someone who usually dresses like they rolled around in a Goodwill reject dumpster suddenly shows up in a suit? Definitely a thing to notice. 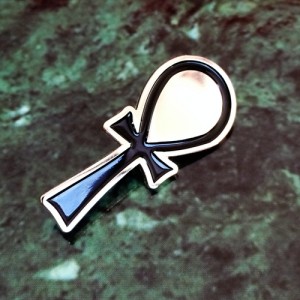 There are more subtle things too. In Vampire: The Masquerade, each Clan has a symbol, and players frequently wear pins or something similar that show their clan symbol. If you see someone /not/ wearing their pin, and they always have before, it may show that there is a possible rift, or they wish to temporarily dissociate themselves from their fellows.

(There is, of course, the caveat that someone may have not been able to find all of their bits and pieces, or had something happen to their wardrobe. A quick out-of-character explanation should solve that mystery fairly quickly – and if they say that their character would appear as normal, roll with it.)

There is a sweet satisfaction that comes from being the first to catch something subtle, to see another player’s eyes light up that /someone/ noticed their extra effort. There’s also the mental high that comes from pulling a Sherlock and putting together the clues to unlock another character before anyone else does. Disclaimer: you may put together the wrong pieces and get something entirely wrong, but it’s still fun.

If you decide to hone your observation skills, I have a few tips for you:

Notice one characteristic about a character, and mentally label that their primary characteristic. I recommend something semi-prominent, such as a clan pin, gang badge, or a piece of jewelry that looks really obvious.

Take note of the whole package, and how that primary ties in. If that primary doesn’t really seem to jive with the picture as a whole, choose a 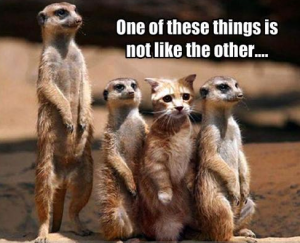 second primary, but make note of the first. We’ve all watched Sesame Street. “One of these things just doesn’t belong here…”

Don’t be afraid to ask questions, in or out of character. “I love your new hat, my dear; was there a special occasion?” “That’s an epic jacket, where did you find it?” This can double as a fantastic way to break the ice with a new player or a new character.

Look at yourself before you walk into the game. See if anything stands out, positively or negatively. Are *you* conveying the message you want to convey?

This is a skill that is definitely more useful in an in-person role-playing scenario, because we lose a LOT of context in online interaction, but subtle changes can be visible there with a touch of extra effort.

Challenge yourself each game session to try to notice something that others don’t, or test your fellow players by changing something and seeing how many take note. You can thank me later.