So, I’m kind of a newbie gamer but I already know that I like it. I love the imagination, the collective story building, and getting to know both mine, and the characters of my co-players. Gaming has become a feature of our household schedule now – we play every week – and I’m more than fine with that because it’s fun. I look forward to it.

The only problem for me though, is trying to play with memory issues.

RPGs are games with homework in that you have to learn the world in which the game is set as well as how the game is played, and for a new player, it can be kind of overwhelming. For a new player with memory issues though, it’s especially daunting.

Let me give you an example of what I mean by ‘memory problems’. We started a Mage game, and I read most of the core-book within a couple of days of us deciding to start the game. Within another day, I already had a character fleshed out and had written a backstory. In other words, I did what the newbie gamer is supposed to do – I read and I got invested. However, two days after that, I couldn’t tell you anything about what I’d read in spite of having multiple conversations with my husband and a co-player about the game. Had I not written the weird fan-fiction thing about my character, I probably would have forgotten her backstory and why I wanted my character to be who she is.

When a lot of us think of memory problems, we tend to think about full on amnesia, or the senility of old age. What we don’t often think about is that, like most things, memory problems are better visualized as being on a scale of mildness vs severity, and they can be the result of multiple medical issues – not just senility.

I have Hashimotos Thyroiditis, which means my body attacks my thyroid. It’s degenerative, and eventually I ended up with an underactive thyroid. No, scratch that, a very underactive thyroid. I gained weight, I was exhausted all the time, felt cold all the time, and even grew this super sexy goiter (it wasn’t, but I’m being sarcastic here). Those are the things I kind of expected though, what I didn’t expect was how that shit would affect my brain. I mean, who would think that hypothyroidism was associated with some degree of memory loss?

First of all, I tak 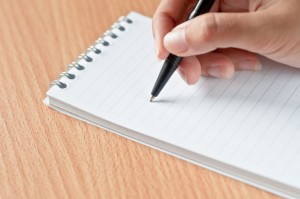 e notes about everything. My character sheets are just full of notes about things like what however many dots in whatever sphere means in terms of what I can do with it, or important game mechanics that I keep forgetting. I’ve had to move into notepads now because it’s faster to reference than pulling out the books and more courteous to other players in-game.

Secondly, I’ve found that I tend to retain information a little bit better when I take the time to discuss things I don’t remember so well with my husband or friends. This sounds like a no-brainer, after all, everyone remembers reviewing information for school exams, right? Same principle, it’s just most people don’t need to do it to the same extent as me before games. I don’t think most people are like, “Fuck, what’s the fucking Tellurian again?” as other players are filing in through the door because their brain has just gone straight up blank. Or maybe they are, at least the crew I play with don’t seem to be. 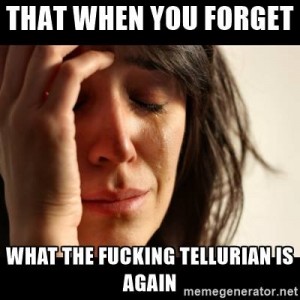 But as simple as these tips sound, they wouldn’t be possible without the kindness of my co-players and their understanding of my issues. They get that I often forget clan/tradition names, that I often can’t remember ‘the story so far’ at the beginning of a session, and that I’m going to be doing a lot of writing. They also put up with my discussions – well, I think they enjoy that bit really though. I’m very much aware that their understanding and tolerance is what enables me to play, and like I said before, gaming is something I enjoy.

Friday night gaming has become something I look forward to during the week, and although I may sound like the weakest player ever, with a few adjustments and the help of other players outside of game, I’m actually getting pretty good at holding my own.