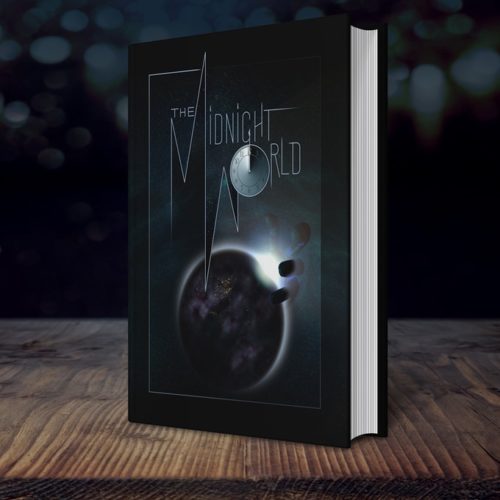 I remember the first time I was depressed. Not sad, not down, legitimately and medically depressed. It was one of the worst phases of my life, but so has every other episode of serious depression. What I don’t remember was the first manic episode. I don’t know if it was in high school or before that. The great times of all kinds of energy and obsession likely seemed positive. Why dig in and reflect when you’re getting everything out of the way?

Check out The Midnight World on Kickstarter

I don’t remember when I recognized the trouble breathing and the overwhelming oppression of the world as anxiety. Honestly, that was likely only in the last few years, maybe months. Whenever it was, I finally realized that these periods of time where nothing worked right, even the good things, those weren’t normal. I’ve got anxiety and borderline bipolar disorder, and I’m finally medicated and using my supports in a way that is moving me forward, rather than spinning in my head for months on end.

You’re likely wondering what that has to do with TTRPGs and this site. The reason I’m so excited about The Midnight World is I can see the value in this game as a tool for working through my mental health and working with others through their mental health struggles. On top of that, the idea of a really good horror TTRPG with none of the baggage of the other similar games I love… well, that’s damn enticing.

Full disclosure: I’m friends with James and Jim, the creators and I’ve been hired to do a small amount of writing for the team on this project. Even without that, the moment I heard about the game my ears perked up.

Imagine a world like ours, but the Veil that protects the world from chthonic beings is broken, failing, and under pressure. Those Beyonders, Dread Beings, Elder Gods have existed since the Big Bang, having arisen in universes similar to our own but which failed to fully form. These Corpse Universes are the essential enemy of our universe, or, the dark reflection of our world found in the Midnight World. 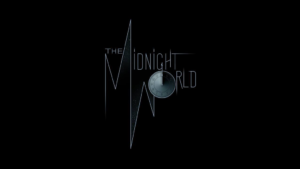 So, here you have a game where you take on the role of survivors of trauma. This trauma is supernatural in origin, in the game, allowing for a step away from real trauma, a screen over the realities that cause PTSD in our own world. But, still, they represent the creeping increase of pressure from anxiety and persistent trauma in a realistic way that helps to explain, distill, and conceptualize those issues for those without similar mental health wounds. They do this with the Clock mechanic, which represents a pushing creep and an increase of stress. One you can push back using medicine and therapy, but also one that’s harder and harder to push back the longer you let things go. The clock ticks by 12, 12 hours, 12 minutes, and 12 seconds, always pushing as you face the Dread Beings and their minions.

The Dread Beings are not your monster of the Week, they are the creatures who those beings worship. They are the ones who are so… massive… incomprehensible and intense that it’s hard to wrap one’s mind around their motivations. Those are the big bad guys here. They are, in many ways, extensions of trauma and fear, and hatred, and need, and they are both hard to fathom and yet easy to see their influence on the world. We have all these fears around us, these pressures, and the lingering force of these beings is a part of the Midnight World’s horror setting.

On top of all this, you have a dice pool system that works well for various games. Targets with no stress are easy to hit if you’re a skilled person, it’s when the stress hits that things go haywire. When you aren’t in perfect control any longer, that’s when it becomes difficult to focus and your dice pool is eaten away by a mechanic stripping you of skill and confidence. That’s the writer’s block, the imposter syndrome, the sense of failure even as people are calling for more and praising your name.

The concepts this game hits are hard, and the creators know they have to get it right. They understand the language they are using, they understand the methods of therapy and support for these challenges, and they understand that a game should also be fun. So, they encourage you to take The Midnight World and make it the game you want it to be. Play superheroes with horror creatures. That’s ok! Play a serious therapeutic session, play a fun game, do what works for you to enjoy yourself in their world! That’s the awesome thing about games that allow you space to find the angle which excites and grabs you.

The Midnight World is on Kickstarter now. You should back it.

Game by James Davey, Jim Beverley and other writers.