I recently started DMing Curse of Strahd, the 5th edition re-introduction to Ravenloft, based on the classic Castle Ravenloft module by Tracy Hickman and Margaret Weis. To say I’m a huge Ravenloft fan is a slight understatement. The AD&D Ravenloft books were some of the few I have ever owned, I purchased nearly every 3.0 and 3.5 Ravenloft book that was produced and I ran 2 fairly long campaigns in the world.

Images used are owned by Wizards of the Coast: Buy Curse of Strahd from your local gaming store, buy WOTC products, and support their artists and writers. The written work in this piece is covered under the Open Gaming License, as I understand it. 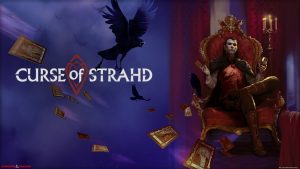 5th Edition is cool, and I wrote about Advantage/Disadvantage a few weeks ago. That being said, I haven’t played or run many games yet. I actually purchased Curse of Strahd well before I knew I’d even run it. Heck, when it came out, I was in my last year of Grad School, and there was zero chance I was running or playing any role-playing game. It didn’t matter, I wanted to own a copy of this game. Ravenloft was my jam, man… 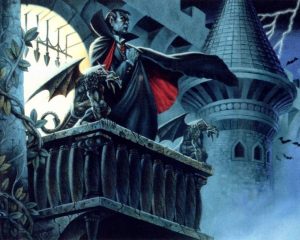 Well, last week I finally got the chance to introduce a few friends to Ravenloft and 5th Edition. I wanted to create a short introduction that was deeper than the “Mists Take You” option, but slightly less in-depth than some of the other opening options in the book.

What follows is an introduction to Curse of Strahd which I welcome you to incorporate into your own game if you’d like.

The Ferryman: An Introduction to Curse of Strahd

You are settled in for the night at the Wizard’s Wand, a tavern on the edges of Lake Galifar in Aundair, near what used to be the city of Arcanix. The mood in the tavern is muted, a few other patrons are sitting drinking their ale speaking rarely to one another. Since Arcanix disappeared, things have been looking more and more like war. No one has proven that the disappearance of Arcanix was performed by Brelish agents, but more and more hawks in the nation are pushing to attack SOMEONE for the event.

Six months ago, a great fog, much like the mists that surround the Mournland of former Cyre flowed off of Lake Galifar and surrounded Arcanix. That night it seemed to choke out the city, and when the sun rose the next day, the city had vanished with the misty fog.

The party has known one another for some time, either having done some minor adventuring with one another, or as children growing up in the area. You trust one another, and that trust is important. War is coming, and you need someone to trust when war is on the horizon. It has been a pleasantly warm summer.

As you drink your ale, the door to the tavern swings open. A man, dressed in thick winter cloak, boots, and hood strides in. As he does so, a thick fog accompanies him. The mists seem to creep toward the other patrons of the tavern, stopping short and then receding as if they were hands scraping the floor. There is not a drop of sweat on the man as he steps up to the bar, in fact, he looks frigid. He takes off a frost coated glove and slides an odd looking silver piece across to the innkeeper.

Any party member that looks out the window will see the streets are filled with fog, so thick they can no longer see to the other side of the street. Some of the mist curls around and for a moment, a spectral face will appear and loom toward the player character. A character with the ability to sense undead or see into the ethereal realm will see the streets filled with ghosts and skeletal spectres. 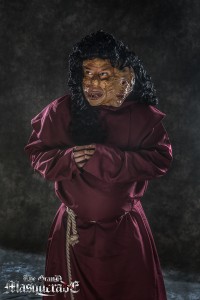 If the players do not initiate contact with the strange man, he will turn to them and begin to stare. Eventually, he will stride toward them with purpose.

The man is Yuri Iljavanovich. Yuri speaks with a thick accent, clearly not from any of the Kingdoms of Khorvaire. He will ask the characters questions about their lives, what do they do for work, if they are looking for jobs, where they grew up. If a player is a Cyran refugee, he will pay particular attention to them. If the players turn his questions on to him, he will respond with the below.

“I am from a place called Barovia, which has been conquered by a demon. We are seeking those who would help us. You all had something, perhaps a look, about you that made me think you would be interested in helping. We are slowly being hobbled by the devil, and need some fresh blood who can fight against him. The devil keeps us from leaving Barovia, only a select few have been able to escape, and even then, not for long.”

Yuri will admit to being a Cleric of Ezra. “Ezra is our Guide of the Mists. She allows those of us who worship her to briefly escape the clutches of the Devil Strahd. With this lantern (which he’ll hold up and appears to be a normal gas lamp) we are able to use the Mists to travel to other places. The devil forces our return though, and we can only bring people in, we ourselves cannot escape, though of course, I would be able to return you here if you choose.” 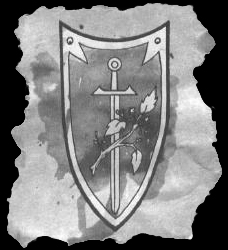 When the players leave the tavern with Yuri, the mists seem to part only slightly from himself and the party. He turns the lantern on, and the fog recedes a few feet. If asked, Yuri will tell them the journey will take a minimum of three days in the mists. If pressed, Yuri will tell the party very little about Barovia, except that the Devil Strahd is a great beast that feasts and hunts his people. They have tried to fight him themselves, but have always failed.

The Mists wrap around the characters and they are quickly far away from Arcanix, Aundair, and even Eberron. The thick fog wraps around them, masking their journey, and they cannot even see if they are on a road, and it appears they are simply walking within dark clouds. Eventually, they will come to a clearing, after almost a day’s walk. Before them will be a few large boulders and a makeshift lean-to. A fire pit has been used recently, and the Mark of Ezra is painted on a boulder facing the party as they arrive.

Either before bedding down, or in the morning, run the first encounter. 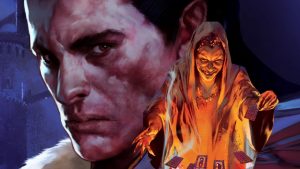 Though the mists are not quite as close as they were while you were walking, they are still close and it is hard to see far from your resting place. The fire isn’t really warm, but it gives you something to crowd around. Everything around you seems to devour your body heat, and you find yourselves shivering with little provocation. Sleep helps, but standing watch is a thankless job. Yuri ignores any request to join a watch rotation, he goes immediately to sleep.

As you gaze into the fog, you smell the thick scent of pine and then you hear an odd sound. Scrape, thump, scraaaapppeeee, thump, scrape, thump. The sound seems to both echo and be muted. It becomes louder, and stronger, and finally, the mists peel back farther. You can seen pines all around you, and 10 – 15 feet away, are 3 Skeletons. These skeletons are wrapped in the remains of Cyran armor, holding rusty swords and tattered shields. One skeleton has on a thick iron boot, which appears to be some form of prison gear.

Any magic used against the skeleton with the boot only causes half damage. The boot is immune to all magic, but it incredibly heavy and largely useless to the players. If hit with any spell that is force related, like lighting or eldritch blasts, the boot will glow with runes describing its use to restrain magic using prisoners. The skeletons laugh every other turn in which they are hit for damage. This laughter sounds like dried bones hitting against each other.

During the fight, Yuri will be praying in incomprehensible gibberish. He will not attack the skeletons. They will generally avoid him, unless one of the players intentionally pushes him into their path.

After this encounter, Yuri will finish praying and will ask if the characters wish to continue along their journey. If asked, he will say that he knows that there are many undead in the area wearing similar clothes to these skeletons, and he believes they are related to the a group of refugees that entered Barovia a few years ago. They call themselves Cyrans, and a few have integrated into the local population. 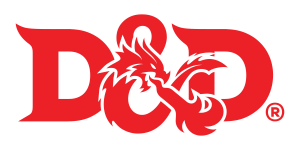 On the second day, have the party reach a river. Yuri seems shocked and concerned when you reach the river. You can see a rope has been cut that used to cross the raging river. There are no mists around the river area, which is odd, as the mists hang thick not 500 feet or so on either side of the river.

“There used to be a ferry here, it looks like someone cut the rope.” If pushed, he will suggest heading north, as there is the possibility of another way to ford the river in that direction. He will refuse to try and wade or ford the river without a rope and boat. If the party constructs a way across at this point, hold the next encounter until they reach the other side. If the party heads north, or south, run the following encounter there. 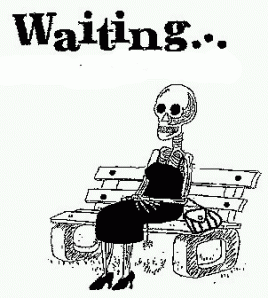 Whichever way the party chooses to go, they will hear the same horrid skeletal laughing from their last fight. This warning will allow them to attempt to sneak up on the enemies. They will crest a small hill, and then be able to see through the trees, that there are 3 figures crowded around one another, swaying, making an eerie creaking laugh. When the players get within sight of them, they will notice 3 zombies, wearing the same outfits as the skeletons, with similar weapons. If the players have not crossed the river, the zombies will be guarding a boat which is attached to another ferry line across the river.

Once the players have defeated the zombies, they will be able to commandeer their boat, or, if they found another way to cross the river, they will find a small pouch of silver coins. There are 7 pieces of silver in the pouch. This pouch will be in the boat, and can be found by attentive characters or by Yuri at the least opportune time. If Yuri finds the pouch, he will inadvertently scare the characters who will have to make a strength check to keep hold of the ferry rope. 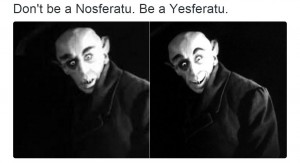 Night will fall, and players will be able to rest again at another similar way station to before. In the morning, Yuri will wake the party and push them to continue on. As they crest a high hill, they will see the valley of Barovia spread out before them. A dark shape takes flight from Castle Ravenloft in the distance, and a thunderstorm can be heard from far away.

“Welcome to Barovia, my friends. The Devil Strahd awaits you, I hope you do not make the same mistake I did, all those years ago. Go to the village below the mountain, it is a good place to begin your journey to hell”

The characters turn, and see Yuri become a spectral form before them, he smiles horrifically and lets out the same laugh which the zombies and skeletons made. Then, he vanishes.
From there, have your players follow the road into the village of Barovia.