Howdy, amigos!  Last month we talked about diversity and inclusion, so let’s talk about something a little lighter this month.  The world of Deadlands mirrors our own to a great degree, so you can choose to play any sort of figure you can think of from the western genre, from the hard-bitten cowhand to the grizzled bounty hunter, the soiled dove, to the native scout.  What Deadlands has that the real world lacks (and most other Western settings lack) is a panoply of supernatural origins for your character to choose from, if you wish.

Now, you’ll have to spend some of your hard-earned building points (and later, bounty points) to shore up your supernatural mojo, but if you’re willing to sacrifice some of your skill points now, it can pay great dividends later on!  Let’s take a look at some of the different supernatural types you can be.

Harrowed make the list early because it’s a potential everyone has!  If you croak in the Weird West, there is always a small chance you’ll return from the dead with a manitou riding around in your skull, animating your rotting hide for the rest of eternity.  Although this particular career option comes with a great deal of power, including resistance to fear and injury, improved healing, and a bevy of supernatural powers related to the grave, it also comes with a huge downside: the demonic passenger you carry poses a constant danger to everyone around you, and it’s only a matter of time until it lashes out at someone you care about. 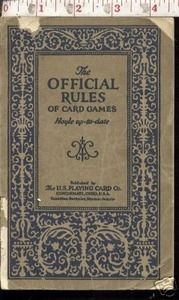 In Deadlands, a European wizard long ago learned the secrets of conjuring manitous to compel them to perform services in the form of magical spells. To keep himself and his students safe, he created and taught methods of controlling these fiendish spirits through mental battles envisioned as games of skill.  Eventually he settled on cards as the most efficient method, and encoded his teachings in a book: Hoyle’s Book of Games (1st Edition only).  Practitioners of this art decode the mysterious secrets in Hoyle’s teachings to cast arcane spells (known as hexes).

Mechanically, the player draws a number of playing cards, and the quality of the poker hand they are able to form from them determines the quality of the hex.  Although they tend to be risk-takers (they are, after all, quite literally gambling with their lives every time they cast a hex) these spell slingers are one of the most iconic parts of the setting.

When the floodgates of the Reckoning opened, it wasn’t just the practitioners of dark magic who saw their power wax.  Holy men and women of all manner of faiths suddenly found their gods much more receptive to their supplications, and the mystical power of myth suddenly at their fingertips once more.

The books contain rules for Catholic, Protestant, and Mormon blessed, as well as Jewish, Muslim, Taoist, Buddhist, and Confucian practitioners as well. Although they do have a code of conduct they are expected to live by (and may risk loss of their powers if they violate it), Blessed have fewer skills and attributes which their powers are dependent on, allowing them to be more focused in their character building.

If you love steampunk style and have dreams of Gatling gun vengeance, then mad science may be in your future!  The discovery of the mineral known as ghost rock has led to a wellspring of ‘New Science,’ the catchall term for the bizarre and terrify experiments now running amok through the Weird West.  Although mad science requires a fair amount of resources and a posse willing to accommodate the downtime you’ll need, the only limit to what you can build is your imagination; from lightning guns to rocket trains. The best part is that you don’t even need to hide what you do–this isn’t magic, after all, it’s science!

The Blessed weren’t the only people who got their mojo back after the Great Quake.  The Native American tribes that thought spirits had long since gone quiet found their own rituals garnering tangible reactions from the beings they entreated.  The Shaman can call on the spirits to do their bidding, wielding powers that other magics pale in comparison.

Shamanic favors are potent, some more powerful even than the miracles of the Blessed or the hexes of the Hucksters.  However, to harness this magic you must first entreat the spirits with rituals, which can take anywhere from a couple of actions to several days! Still, when the spirits answer, you can empower your warriors, raise the dead, or have the very earth itself obey your command.

But that’s not all!  Although these are the primary Arcane Backgrounds you can take, there are a few others, which aren’t always appropriate for every campaign, but might fit in extremely well depending on your location. 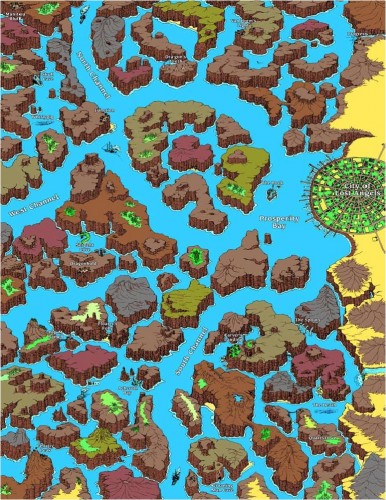 Out in the Great Maze, an unprecedented number of immigrants from the East have come to seek their own version of the American Dream.  The notion of tyrannical rule through force of arms is not new to them, and some of them have learned ways to defend themselves even when unarmed.  Some of them have even learned to tap their own spiritual essence to achieve feats which could be called magical by the unenlightened.  If you are playing in the Great Maze, or anywhere the warlord Kang’s Iron Dragon railroad is located, a Martial Artist can give you a character with one foot in the supernatural side of the line and the other firmly planted in butt kickin’ town.

With one of the six major players in the Great Rail Wars firmly rooted in New Orleans, it’s only natural that a little bit of voodoo comes into play somehow!  Far from a unified front, the practitioners of this unique religion have (like so many others) found the voices of their own spirits, the loa, easier to hear since the Reckoning.  Although they primarily fight amongst themselves, as Bayou Vermillion’s dark influence spreads westward, so does the stories of the hexes and conjures his men employ, as well as the magic of the voodoo adherents who oppose his black magic.  If you’re playing in the Deep South, or anywhere Bayou Vermillion has great influence (for good or for ill), then a voodoo practitioner can provide a character somewhere between a Shaman and a Blessed.

In the southern part of the Maze, Reverend Grimme sits on his throne as the king of his starving domain of Lost Angels.  With the means to control both food and water for his population, he has also muscled his way into controlling the flow of Ghost Rock in his area, and intends to hold his power as long as possible.  But a few people oppose him, living in his metropolis in secret.  The Mestizos are an obscure religious group, their faith a curious mix of Catholicism and native beliefs.  If you want to play a member of a persecuted religious minority using their powers in service of resistance to the rule of a tyrant, then this is your stop, amigo!  Just make sure your Marshal’s okay with it–the Mestizo doesn’t really fit in very well outside of Lost Angels.

The vile, inbred Whately clan has more than a few secrets, but none more potent than this, their mastery of a form of sorcery called Blood Magic.  Blood Magicians can call down unique curses utilizing the power of their own blood, which is infused with fiendish energy from centuries-old pacts with dark powers.  Unfortunately, Blood Magic is unique to the Whately family–you can’t learn it without the Whately Blood edge, which carries with it the risk of insanity and deformity, as well as a familial connection to one of the most insidious packs of villains in the setting.

Although there are a few Arcane Backgrounds that aren’t compatible, a great number of them are!  There’s nothing stopping your Shaman from learning the way of the Martial Artist, for instance.  Many’s the hero who walks one of these paths and ends up Harrowed before their story is finished.  A few don’t work together, (a Shaman couldn’t become a Catholic Blessed, for example, nor a Mad Scientist) but as long as you clear them with your Marshal, you should be able to spread yourself as thin as you like.  You won’t achieve the total mastery of someone who focused in their chosen field, but the panoply of tricks you’ll have up your sleeve will make even the most veteran hero jealous!

There are a few dozen sourcebooks for Deadlands classic, so if I missed your favorite Arcane Background, I apologize!  Feel free to shoot me a scathing message telling me where the hog ate the cabbage, amigo.  Until next time!

Jim Stearns is a one-armed gunslinger from the swamps of Southern Illinois.  In addition to the Ravenloft Corner column at High Level Games, he writes for the Black Library. His mad scribblings can also frequently be found in Quoth the Raven, as well as anthologies like Selfies from the End of the World and Fitting In, both by Mad Scientist Journal. Follow him @jcstearnswriter on Twitter.