Last time we spoke, we talked a little about some of the rules mechanics that are unique to Deadlands.  This time I thought we’d talk about something a little less crunchy but no less important: diversity.

Diversity is an important consideration in the gaming hobby.  In the context of a historical (or alternative history) roleplaying game, diversity is an especially important topic.  Fantasy systems can always be tweaked or altered to allow more stage time for groups of people that don’t feel like they’re being represented in the setting, but historical settings can be understandably off-putting for people who would be oppressed or second-class citizens within that setting.

Deadlands is especially sensitive to this, probably because it has to be.  It’s set in a historical period when cisgendered heterosexual white male protestants hold all the cards.  In real history, it was a time when racist and sexist oppression was at an all-time high, and when LGBTQIA individuals didn’t even dare to speak out. Fortunately, the game goes a long way to making gamers of all types feel that their personal identifiers are welcome at the table and in the setting.

Deadlands is set in a world where the Civil War is still raging.  (Okay, more grinding on in an oppressive stalemate than raging.) I’m sure the big question on your mind is ‘what about the hot, spicy racism?’ and gratefully, Deadlands does a lot to avoid it.

In the world of Deadlands, shortly after the Emancipation Proclamation, the government of the Confederacy decides to free their slaves as well.  The logic being: economic freedom from the Union, with reduced production, is better than suffering military defeat. They abolish the practice on their own in order to bolster the ranks of their own troops and encourage Northern abolitionists to stop supporting the war effort.  (As a side note, the figure who gets this accomplished in Deadlands actually did suggest this in real life, as I understand, so this isn’t just plucked from thin air.)

Racism isn’t just against black people, though, I hear you say.  And you’re right.  There is a huge Chinese immigrant population and influence in the Maze, with immigrant figures holding a bit more influence than they may have in real life.  In the west coastal region, Chinese heroes can operate on the same footing as white heroes.

Near the southern border, there are a number of calamities.  Mexico is under French occupation and threatened by the undead, so there is a little less tension between northern gringos and natives than there would be otherwise.  (The French occupation is also based on a historical takeover that failed–it just happened to have succeeded in Deadlands.)

The bottom line is that the Reckoning (the return of the supernatural to the world) has made the things that go bump in the night, as well as their greater influence, like the War, a larger conflict than interracial tensions, allowing marshals and players to discard racial conflicts that don’t serve their stories. 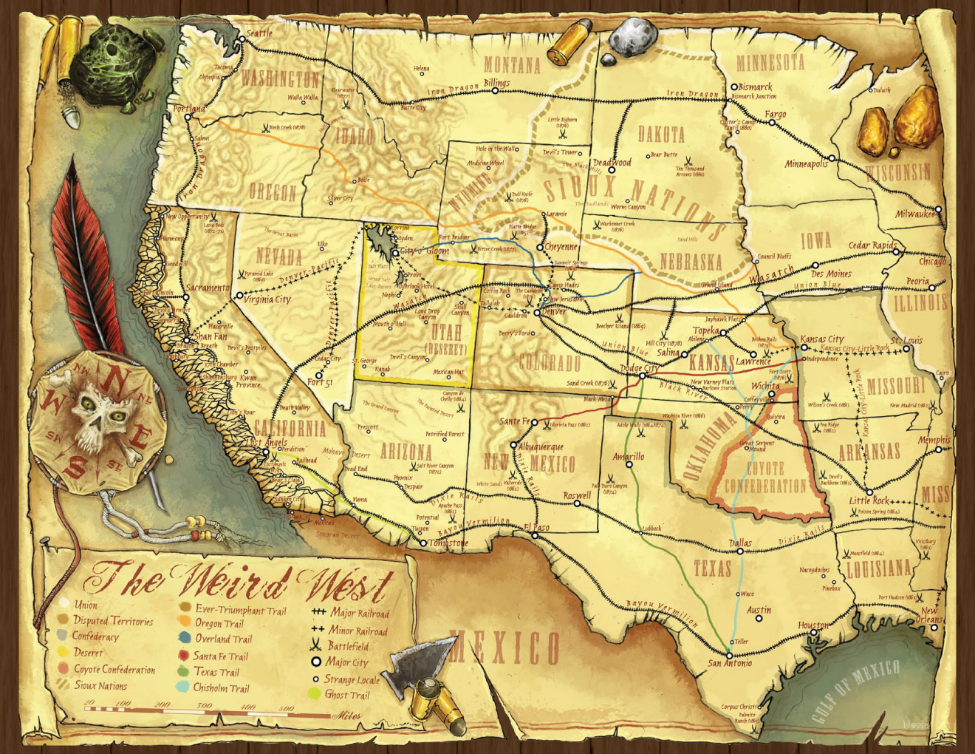 Much like issues of race, the omnipresence of the Civil War and the dangers of the Reckoning have made many gender inequality issues moot.  Back east, there is still a divide, but even that’s reduced.  One of the six great rail barons is a woman, as well as being one of the most successful industrialists in the setting.  From Granny Smith (an arms manufacturer for the Mormon state) to Katie Karl (one of the leaders of the Texas Rangers), there are women in power prominently placed throughout the setting.  Even one of the template characters is a female sheriff, so the game clearly encourages a greater degree of gender parity than was actually present in in 1877.

Of all the marginalized groups, Native Americans probably have the strongest position in Deadlands.  The Reckoning occurs before the end of the Indian Wars, and the continuation of the Civil War (diverting the resources of the USA and CSA away from the west) as well as the return of tribal magics level the playing field tremendously.  Not one, but two coalitions of Native Americans have managed to carve out independent territories for themselves in Deadlands.  Far from being oppressed and relegated to reservations, the tribal coalitions are an independent force to be reckoned with, and potent allies in the struggle against the forces of evil. 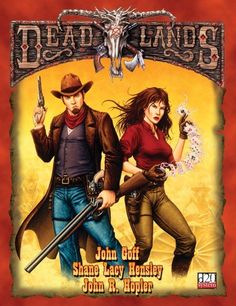 There aren’t as many gay and trans characters in the setting as one might like, it’s true.  However, the same point that gets hammered over and over, that the conflicts with other national groups and the fight against the monsters are more important than squabbles within our own communities, is one that could be realistically applied to the LGBTQIA community as well.  You could easily slide a gay character into a game without breaking any suspension of disbelief.  When you’re in the trenches, being shot at with gatling guns, or fighting off vampires, you don’t care about the sexual preference of the person next to you; only that they have your back.

The fact that all religions can call on divine abilities to protect the innocent from the depredations of the wicked goes a long way to make them more accepted.  Although protestant Christians remain the dominant religion, the fact that Catholics can also call down real, honest miracles does a great deal to lessen tensions.  Those are far from the only options, of course: Judaism, Islam, Mormonism, and Buddhism are all given positions of respect and prestige.

Of course, discrimination still exists.  The level of discrimination in your game, however, should be something that marshal and player are comfortable with.  To that end, your Edges and Hindrances are big hints as to your preferences.  If you play a Chinese character but don’t take the Ferner Hindrance, you’re sending a big signal to your marshal that you’re not interested in doing stories about racial prejudice.  If you play a female character with the Law Man or Rank edge, you tell your marshal that you’re interested in being in a position of authority, not being treated like a delicate belle. It’s an extra level of communication both parties should be conscious of. *Editor Note, we encourage having some frank, straightforward conversations about these elements with players prior to introducing them. Take subtle clues, but don’t be afraid to ask directly.

If you’re a cisgendered heterosexual white male protestant, it can sometimes be easy to overlook a lack of diversity in games.  Especially in historic games, where it’s tempting to resist doing a little extra work for the sake of inclusion by using ‘that’s how it was back then’ as a shield.

Gaming has done a lot to shed the image of the community as nothing but a bunch of socially awkward white male nerds.  Our community includes men and women, nerds and athletes, people of color, all nationalities, faiths, and positions on the gender spectrum.  It’s important that we make our games as welcoming as our communities should be.  Fortunately for us, Deadlands gives us the tools and the setting to make what might otherwise be an awkward situation comfortable and inclusive for everyone.

Jim Stearns is a one-armed gunslinger from the swamps of Southern Illinois.  In addition to the Ravenloft Corner column at High Level Games, his mad scribblings can frequently be found in Quoth the Raven, as well as anthologies like Selfies from the End of the World and Fitting In, both by Mad Scientist Journal. Follow him @jcstearnswriter on Twitter.