We’ve all probably been at a game with that one player. You know the one. Usually a guy, but sometimes a lady, who is there because their significant other is there. They don’t get it. At best, they need somebody to hand them the right dice every time, at worst, they play some atrocity of a character who soils the bed at every opportunity. Players like that chase our fun players away. Players like that are also a simple problem to fix. What if our game is what is chasing players away? What do we do when our games and the game rules are the thing making people feel unwelcomed? Let’s take “Changeling: the Dreaming” and character creation as an example case.

Earlier this year I pitched a “Changeling: the Dreaming” game to my group — a collaborative effort between the Kithain (Europeans) and the Nunnehi (Native Americans) to make renewable energy and tiny homes work. The way I envisioned it, the game would be an examination of the strained relationship between the Native and Euro-Americans and their different cultural values. This game would use CtD’s rule system and setting, more or less as written.

I could not convince a single player to play a Nunnehi.

A month or so ago I pitched a similar idea: a CtD game that would examine the relationship between the Nunnehi and Kithain around western Lake Superior area during the iron boom of the early 20th century. We would use a homebrew Dark Ages: Fae game system for this game.

Two thirds of my players made Nunnehi.

What’s different? It’s the same group of people. It’s a similar core concept — swap out renewable energy for mining — they’re both about human impact on the environment. Arguably mining affects the Kithain more than renewables due to the terrible labor practices of the time. The physical location was the same, though separated by about a century. The strength of the Nunnehi as a political entity increases as we move backward through time, so that may be a factor as well. I think the primary difference is the difference between how CtD and DAF treat character creation and some of the rules governing magic.

In CtD, a player makes a Nunnehi by choosing between 13 pre-created Kiths (species of supernaturals). Here’s our first problem, and it’s a messy one. There are 13 Kiths to represent the dozens of Native cultures that exist. It breaks down to 2 Kiths for each geographic region of the US & Canada (Pacific Northwest, Atlantic Southeast, Midwest, et cetera). We’re taking this map and saying 13 archetypes adequately address this level of complexity: 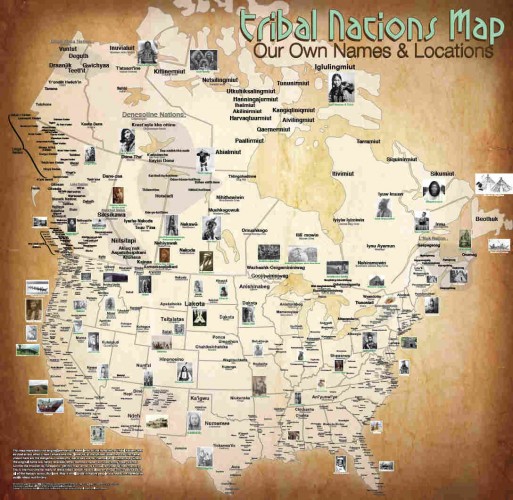 “But the Kithain have 13 Kiths,” I can imagine someone saying at this point. “How is that not at least as reductive?”

I agree with that imaginary person. It makes no sense for Satyrs or Trolls to be part of a fundamentally Celtic pantheon. However, that complaint is presupposing that these two problems have the same effect on our players. I don’t think they do. Native Americans are living in the shadow of a genocide. White people in America don’t have to face headlines on the sports page like, “Washington Crackers Lose Again”. White people don’t have to go to school and learn a history that, if it mentions them at all, calls them savages and reduces their cultures to stone-age barbarism. In short, white people aren’t dealing with being killed and then having that crime erased.

Next, players choose a Camp, the Nunnehi version of Courts. Nunnehi choose from Summer (peaceful), Winter (warlike), or Midseason (trickster). The Courts, and Camps, are a sticky problem in CtD. If you go off of the core book, they’re a fairly black and white political alignment. The Seelie value tradition and honour while the Unseelie are survivalists who aren’t above petty crimes if it means they make it through another night. The deeper you dig into CtD’s supplemental material the more you see the buried thread that the politics are dirty. The Selee do value tradition and honour — but they’ve also violently suppressed the Unseelie for close to 400 years, exploited their mortal family members without remorse, and when the Sidhe returned to Earth in the 1960s the Seelie Sidhe lead the charge to conquer America again. The Unseelie, on the other hand, range from monsters who feed on nightmares, to rebels trying to restore the proper order of the world, to nihilists who don’t care what happens to the world as long as they’re the kings. 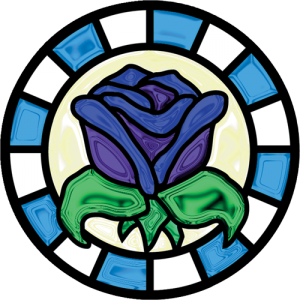 The Kithain Courts are a messy intersection of identity, politics, history, mythology, philosophy, and how one chooses to interact with the world. I’ve played games where Court was just “what a Changeling is”, and I found them really unsatisfying. It takes what should be an examination of the character’s place in the world and turns it into “are you good or evil”? That is why I find the Nunnehi Camps problematic. Rather than being a launching point for the question “How do I fit into this world?” They’re: “am I friendly to white people?”

The other thing that Courts and Camps do is determine how the character prefers to gather Glamour (or in the Nunnehi’s case, gather Medicine). Glamour/Medicine is the game’s power trait (like mana or stamina points in other games). You use it to do magic. For the Kithain this is tied up in a messy package. The Courts are an amalgam of  spiritual identity and  political philosophy. The Seelie Court gains Glamour from inspiring hope and love and Disney crap like that — which meshes strangely with their being ambiguously an authoritarian hegemony.

The Camps determine what aspect of the physical world a Nunnehi may gather Medicine from. Summer people regain Medicine from growing things, Winter from rocks, and Midseason from flowering plants. This sounds pretty workable until you get deeper into the system and discover that the Nunnehi may only gather Medicine from a “pure” source. “Pure”, in this case, refers to whether or not a thing has been interfered with by man. Medicine cannot be gathered from plants, flowers, rocks, or water that has been tended or cultivated in any way. Compare with the Kithain, who may regain Glamour from Glens (their version of pure sources), Freeholds, and human creativity. This puts the Nunnehi player at a distinct disadvantage in the city, where the vast majority of CtD games take place. This also plays into the myth that native cultures didn’t tend or mold the land to their needs, which they did.

And then there’s the Dreaming. The Dreaming is Changeling’s version of the spiritworld. Think of a combination of faerieland and the collective unconscious and you’ve got the gyst of it. The Dreaming is where all Changelings are from and where they’re trying to return to (if they’re into that). It’s the source of their strangeness and their magic. Their connection to The Dreaming is what separates them (and by extension their families) from other humans. In CtD the Nunnehi cannot access The Dreaming unless a Kithain Changeling helps them. The Native American spirit people can’t get into the spirit world… unless a white guy helps them. The Nunnehi access the Umbra (“Mage: the Ascension”’s spiritworld), which isn’t where they’re from, it isn’t where their magic comes from, and has nothing to do with the cultures they’re supposed to be from. I love “Changeling: the Dreaming” but the message this rule sends is equally baffling and disgusting.

How does “Dark Ages: Fae” treat a player wanting to make a Nunnehi character? “Dark Ages: Fae” is basically a Kithless system. Players choose Echoes (traditional weaknesses), Dominions (broad magic domains), Features (quirks of appearance sometimes tied to supernatural abilities), and Oaths (taboos and responsibilities) a la carte. Characters all have the same opportunities to recover their magic. DAF treats the spiritworld in a fairly neutral way, possibly due to the word count limitations of the product. It’s mostly coded to be generically European, but it doesn’t go out of its way to say things like “Nunnehi stay out!” the way CtD does.

The only really major change we ended up making to DAF’s rules was adding Camps. DAF uses a Court system that is irrelevant to the Nunnehi. I think that despite the oddness of being both a spiritual and political alignment, the key to why the CtD Courts work is that they’re all fundamentally about trying to navigate the duality of the Changeling experience. Changelings have human morals and fundamentally alien needs (or alien morals and fundamentally human needs if the game goes in that direction). How they address that, is, in a large part, a reflection of their culture. Does one prioritize the need for continuity and tradition or survival? I’m not Native American, so I can’t really speak to how the gestalt nature of the Nunnehi should be expressed or experienced, but our homebrew Camps refocused the Nunnehi experience back onto how they navigate the worlds of their home communities, their nature as part-spirit/part-human amalgams, and the dominant culture. Leslie Marmon Silko’s book “Ceremony” and Tomson Highway’s “Kiss of the Fur Queen” were both instrumental in deciding to take our game in that direction.

From these differences, I think we can take away a few broad points about how our games can be more welcoming. Our games’ rules need to be flexible and open. We need to avoid the impulse to catalog and be proscriptive. Some games created around tight themes need that treatment, but CtD’s themes don’t require as strict a system as the Kiths. By opening it up, we get players drawing on their own experience and, hopefully, being able to see that experience meshing with the game world. This ties into another similar but distinct point — Players need to be able to see their characters as a reflection of something authentic: a human need or fear, a way to examine a human conflict, or a way to experience a different weltanshauung. They need to be able to feel a sense of verisimilitude about their characters and the way they fit (or don’t) into the game world. When a game’s rules make it clear that a certain sort of character simply was out of consideration when designing the game, that game and that player’s worlds clash and fail to create the level of engagement that makes for good game.

Simon Eichhörnchen can trace his passion for gaming back to his parents discovering where he squirreled away his D&D Player’s Guide and telling him to not get involved in that cult stuff or they’d cut off his tuition money. When Simon discovered Changeling: the Dreaming he dropped out of college to pursue the nomadic lifestyle of an RPG cultist. A sometimes guest on Tempus Tenebrarum (https://www.youtube.com/channel/UCvNp2le5EGWW5jY0lQ9G39Q/feed), Simon will take any opportunity to talk about gaming as a space to examine minority/dominant culture relationships.

*Note, all opinions are the opinions of their respective Authors and may not represent the opinion of  any other Author or the Editor of Keep On the Heathlands.

Posted in World of Darkness.