Anyone with a passing familiarity with this blog knows we write largely positive reviews. Mostly this is because I get motivated to write reviews for things I like, this tends to be true of the people who write for the site as well. We want to exalt the books we love, and allow others to focus on the negative if they so choose. That said, there are a few critiques we have of Beckett’s Jyhad Diary and I’d like to be upfront with those. The critiques are not about the writing though, the writing in this book is top notch. Matthew Dawkins and Neal Raemonn Price developed the book and their stellar ability to steer a ship into awesome territory holds true here. Written by: Alan Alexander, Matthew Dawkins, Steffie de Vaan, Joshua Doetsch, Renee Knipe, Matthew McFarland*, Neall Raemonn Price, Myranda Sarro, Malcolm Sheppard, and Monica Valentinelli, Additional Writing: Eddy Web. You all did really well here. We’ll get back to those elements soon.

This review is based on the backer PDF of the book. We will add some details on the physical book once it’s in our hands. As of this writing the POD and PDF is available on DriveThruRPG 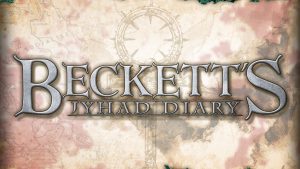 What is this book?

Beckett’s Jhyad Diary is an in-character collection of the stories of the title character, Beckett. He is a Gangrel scholar that has appeared frequently throughout White Wolf books, including fiction and game supplements. Beckett acts as a narrator for an update to virtually every major plot location featured over the last 25+ years. In this case, Jhyad refers to the eternal vampiric struggle between childer and their elders. Beckett is an interesting character and he has relationships with many of the other meta-plot characters created over the years.

This book is immense. At 549 pages it is going to be larger than the V20 book itself. It took me almost a month to make my way through and that made it all a little overwhelming. There is a good side to the size of the book, but upfront I would rather have had several smaller journals. Of course, there are pros and cons either way, but my preference would have been to steer toward smaller texts.

Most of the journal are faux transcriptions of recordings that Beckett has created. At times though, the book includes fonts designed to resemble handwriting. Beckett’s own handwritten segments are not difficult to read. This is not true for several side characters. Thankfully these handwritten asides or additions are short overall, but I found it frustrating to try and decipher something that was clearly engaging information. The worst segment for this is one of the later chapters, The Drowning of Rasputin. 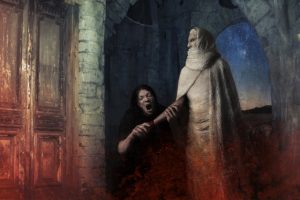 Who is This and Where are They From?

As should be expected there are references to characters and plotlines from hundreds of books. Over the last year, I’ve read most of the Vampire: The Masquerade supplement books. Because of this, I feel like I knew where to reference the plots that were being updated. However, there were several instances where a character was being referenced and I couldn’t place them. Some of these characters, like Strohmann, are from the Vampire card game, The Eternal Struggle (also called, Jyhad). There were also references to many characters from the Vampire video games. I liked this, but I really felt like I needed some form of reference chart. The Vampire Wiki is a decent resource to use alongside this book, but I would kill for a full list of where I can learn more about these characters. I also respect this is a hard ask and might take a ton of work, but it would make this book much more valuable.

For example, where would you find Aisling Sturbridge if you wanted to use her in a game? New York By Night.

How about The Stone Man? Outcasts: A Players Guide to Pariahs.

The first two I knew off the top of my head, the last I had to check the Wiki. Of course, the Wiki isn’t perfectly accurate so it has limits as a resource. An E-Resource or PDF index of the World of Darkness would be amazing to have. This could be an updated version of Encyclopaedia Vampirica and I wouldn’t complain. 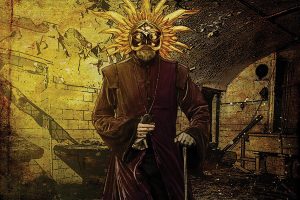 On a similar note, I would love to have character statistics for the characters described in this book. If I want to use Strohmann (a possible progenitor of the Samedi) and an Archbishop in Berlin, I’ve got to make up a sheet. That’s not the end of the world, but it would be awesome to have these details on hand. Like the above critique, this would be a fantastic digital product to have. I’d pay for it, and I’m sure a lot of fans would. I could then choose which NPCs to use, fire up their entry in V20 Encyclopaedia Vampirica (You can steal this name, OPP and White Wolf), and then I could print them out when I need to use them. Or pull them up on my tablet at the table.

What is Amazing About This Book?

This book is literally packed with meta-plot. If there was a plotline, story hook, or idea generated in any of the various media products created for Vampire: The Masquerade by White Wolf and Onyx Path over the years, it gets some love in this book. Almost all of the chapters in the book made me want to run a chronicle with the material provided. The writing is top notch, the plot hooks could fill a tackle box, and this book was really enjoyable to read. That last point isn’t emphasized enough in most RPG supplements. One of the best things about Vampire books over the years is that they have been interesting to read. Becket’s Diary is a fantastic new book in that vein. I can see myself re-reading sections of this book on a regular basis.

What Can We Expect in V5?

White Wolf has previously stated that they want to see Beckett’s Jyhad Diary as the link between V20 (and earlier editions) and the next edition of Vampire. There are dozens of little hints of that material here. There are references to the Gehenna War, the Keening, and several expansions of the Vampire: The Masquerade mythos. There are references to both Kindred of The East, and Kindred of the Ebony Kingdom in this book as well. Some of the characters from early books are now tied into those supplements. That sort of meta-plot integration is needed to create a truly world-spanning vampiric conspiracy. It appears as if Kindred are no longer going to be tied solely to the Judeo-Christian model we found in previous editions. We don’t know exactly what this is going to look like at this time. What we do know is that the V5 world looks like it is going to be much more integrated. Options for vampiric origin stories have existed previously but haven’t really held much weight. The rules made the Caine myth the default for various reasons. 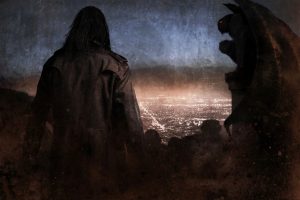 This is one of the more interesting plot points filtered throughout Beckett’s Diary. Gehenna is something that has come before and will come again. There are constant endings and beginnings to the Kindred. Further, there is an interesting story seed about the possibility of Diablerie being a positive thing. The African legacies reference the potential for sharing powerful blood with neonates. Are they right? Are the antediluvians jealous beasts for guarding their powerful blood? Are all of the Cainite elders? What does this mean for Vampire: The Masquerade? I think this is an interesting plot hook and I’m curious to see how and if it continues on in V5.

Most of the book is plot, story, and there are also a few rules updates and expansions that are peppered throughout. There are new rules for 16th Generation vampires. This is explained by a ‘settling’ of the blood that happens when a new vampire is embraced. There are also details on new Kindred bloodlines or clans that are based in South  America. At this time, these new groups of vampires are given very short bloodline descriptions and now explicit rules, but this expansion of the Cainite mythos has a ton of potential. Tying into the concepts of powerful elders and neonates, and the cycle of Vampirism presented, this offers some cool hooks too.

This is hard because there were a lot of stories in here. Thirty to be exact. I think my favorite stories were in the middle of the book starting with Transvaal Nights and ending with Carthargo Delenda Est. This whole section was top-notch. There were a few stories in the Diary that were less solid than others, but overall the quality throughout was high. A Brief History of Beckett wasn’t bad, but it felt out of place and kind of tacked onto everything else. The Drowning of Rasputin would have been better a little sooner in the book. It was not a bad story, but it was the story that had the most Font issues. It also included the South American vampire elements that I thought were fascinating, so it was a bit of a rollercoaster chapter. 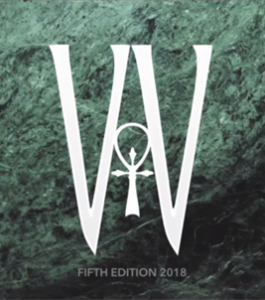 Should you buy this book? That depends, honestly. Do you like the meta-plot in Vampire? If so, then yes. Do you like to create your own plots and ignore meta-plot? Then, maybe? There are a ton of plot hooks here that make this book interesting for the ST that wants to strike out and design their own World of Darkness. Do you need this to get ready for V5? Also, maybe. I don’t know how useful this book will actually be for V5 until we get those actual books. There are some weaknesses, but overall I am happy I backed the book.

*A victim has come forward with allegations of sexual assault against this writer. We believe the victim and don’t want our review of this product to be viewed as support for this writer’s actions. At this time we plan to refrain from reviewing any products where he is the principal writer or developer. Mr. McFarland is no longer working on any on-going products for Onyx Path Publishing

*Note, all opinions are the opinions of their respective Authors and may not represent the opinion of the Editor or any other Author of Keep On the Heathlands