Who is the true underlying villain in the original “big five” games of the World of Darkness?  I can’t really think of a more loaded question related to White Wolf’s flagship IP.  At first glance, it seems as though every game has its own villain: Werewolf has the Wyrm; Mage has the Nephandi, and in some editions the Technocracy; Wraith has, well, everyone; and Changeling has humanity itself.  Some editions of Changeling shied away from the Humanity-as-villain narrative, but whether the enemy was the Shadow Court or uncaring nobles, those foes can be traced back to what humanity’s abuses have done to the Fae.

If you look closely, the theme of humanity-as-villain is central to most of the game lines, with Vampire being the one exception.  In Wraith, Oblivion historically is a more productive force than it is today.  Every description of harrowings talks about how they were once a critical part of attaining transcendence, but over the centuries have become increasingly dark and twisted.  When you look at how Oblivion has manifested in the other dark kingdoms, such as the Dark Kingdom of Ivory, where there is no great human administrative infrastructure, the “sins” of Oblivion seem less cosmological and more the result of humanity’s relationship with their darker impulses.  This is hardly the only game where we see these tropes.

Mage is an even more acute example. As the Technocracy-as-villain narrative has been intentionally subverted over time, we have seen the horror of Mage shift, holding up a dark mirror.  Mage is a game about a human being displaying enough hubris to believe they have the power to change reality and the wisdom to do it properly, and then act on that belief.  In many ways, the greatest enemy in Mage are the main characters, and every time you spend experience you are giving that villain more power.  While some view mages as a class of “others” like vampires or werewolves, they are arguably the most distilled expression of human existence in White Wolf’s canon of work. 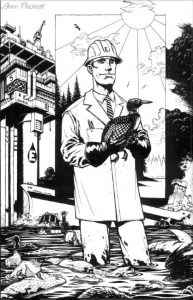 It’s a little harder to see this theme in Werewolf. When you trace the Wyrm’s story, it doesn’t take  long to see the paragon of destruction as a victim, and that leaves the Weaver as the real villain. No matter how much emphasis you put on pattern spiders, or the Weaver’s other spirit minions, her greatest avatars are humans.  Pentex is seen as doing the Wyrm’s work, but they function as a strictly controlled and organized corporation.  I can’t think of anything more Weaver-like or symbolic of modern human advancement than the corporation.

That leaves Vampire, the largest and most financially successful game in the World of Darkness.  This is where these themes fall apart.  Humanity isn’t the primary villain in Vampire; Humanity is idealized in the system as its primary morality trait.  The hierarchy of sins for Humanity, which acts as an in-game guide to which actions will send a character into a crisis of morality, reveals a collection of scolds that elevate Christian moralism more than they reflect anything true about innate humanity.

The humanity dynamic is obviously inspired in part or whole by the challenges faced by Louis in Interview With the Vampire. The Embrace, the struggle with shame and guilt, and many of the social/political themes of Masquerade draw heavily on Anne Rice’s early work, and as a standalone piece inspired by and inspecting some of the questions Rice posed in her books, Masquerade holds up very well.  The problem is that White Wolf then published 4 more games that present a much less flattering view of humanity, and the new White Wolf has publicly stated they want to engage more fully with events from the real world.  In a world where Duterte not only exists but has a non-antagonistic relationship with America’s President, I have a hard time envisioning White Wolf engaging with real world events and political themes while presenting Humanity as a glorified ideal to which Vampires cling.

Are Paths the answer?

Vampire provides an alternative to Humanity in the form of the Paths of Enlightenment, which serve as alternate moralities a vampire can use to hold their beastly hunger in check.  In my personal experience, the Paths of Enlightenment become a way to get around tracking morality far more often than they prompt players to meaningfully inspect themes of self justification, which is how they were originally framed.  The burden of calling for morality checks falls on the ST, and in a Sabbat or Independent game where five players each have a different path of Enlightenment, knowing when a given player has violated their path is cumbersome enough that it is often ignored.

It is also wort 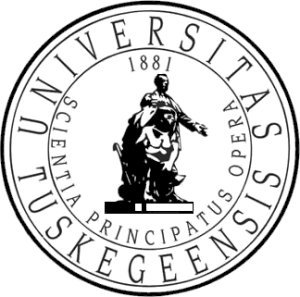 h noting that the current relationship between speculative fiction and the idea of “The Other” is very different than it was in the early 90’s when the first edition of Vampire the Masquerade came out.  Vampire swept several issues related to humanity’s less savory tendencies under the rug.  Vampires aren’t sexist, because why would you care about gender when you are an immortal entity with no sex drive?  Young vampires wouldn’t enter the early days of their unlife with that perspective, though they might shift their views on gender after their first run in with a 500 year old female Tremere – assuming they survived the encounter.

Additionally, our conversations around prejudice have become more nuanced. Claiming vampires become nothing more than ravaging beasts if they victimize people, regardless of their races, genders, sexual orientations, etc., while allowing humans to take similar actions with no repercussions creates some messy narrative dynamics.  A Kindred held to the sins of the path of humanity would fall to their Beast long before they got around to internalizing the “more enlightened” philosophies that allow them to resist that fall if you allow vampires to demonstrate the kind of monstrosity mortals have perpetrated during the Tuskeegee Syphilis Trials, or the Trail of Tears. As many players have pointed out, we shouldn’t minimize these horrors by pretending that only supernaturals are responsible for such acts in the World of Darkness.  In 2017 it’s hard to ignore these reflections of humanity and if we try to play Vampire without them the game ends up being reduced to little more than the urban fantasy escapism that the new White Wolf has said they want to avoid. 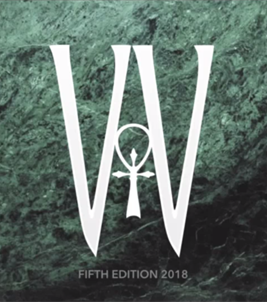 White Wolf has announced that Vampire 5th Edition is slated for 2018, and they are planning on making some pretty dramatic changes to the systems, including changes to what the Beast represents.  If the Beast changes, then the relationship between the Kindred and their morality could change as well.  Personally, I’d like to see a core morality mechanic that emphasizes the creeping alien nature of immortality.  I would like to see a mechanic that accommodates what happens when a genocidal despot or a mass murderer styled after the likes of Dylan Roof is embraced without invoking a Path of Enlightenment that exists only in Vampiric society.  I want to see an edition of Vampire that joins the rest of the World of Darkness in forcing us to stare into the mirror to find our horror instead of allowing us to pretend that some alien other is the true monster in the night.

This may be a tall order, and I know that, like all changes to an established and loved product, a large swath of fans would protest a change to Vampire this drastic.  However, Twenty years of thematic development in the rest of the line and the goals laid out by the new White Wolf necessitate some shifts.  I can’t pretend to know exactly what this change would need to look like, but I think while Vampire 5th ed is in development it’s important to talk about our future hopes for the line, because White Wolf has reached out to their fans and by all indications is really listening to what we have to say.  Instead of just posing a solution, I would like to ask the question: “What morality dynamics would you like to see for Vampire 5th ed, and how can the game more acutely focus on the horror of the human condition instead of the evil of the alien vampire other?”