*Note, all opinions are the opinions of their respective Authors and may not represent the opinion of the Editor or any other Author of Keep On the Heathlands. In the future, this note will append all articles.

Many of us, I dare say even most of us, indulge in role-playing games as a cheap and effective form of escapism. Whether it is crowding around a dilapidated table with far too much caffeine and crunchy goodness, or getting dressed to the nines on a Saturday night to go hang out at a planetarium or a VFW hall, we make the conscious choice to go be someone else for a few hours out of our busy lives.

So, you’ve decided to go be someone else. Groovy. You have your character sheet, your costume, and your desire to go wreak havoc. Did you remember to NOT pack your pet social agenda?

Every character should have something they believe in, something they are willing to fight for or about. It makes them more real and believable, more a person and less a collection of dots on a page. True Neutral characters (using the Gygaxian alignment system) are really hard to play and even harder to identify with. The key is choosing the right motivating force to maximize enjoyment for the player group, not just to get your own personal rocks off. 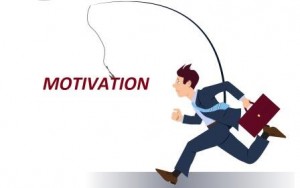 What is your motivation?

Around a gaming table or at a LARP venue is not the place for your day-to-day crusades.

No matter what your personal vendetta-against-the-world is, it doesn’t need to impinge on anyone else’s enjoyment of the game unless it is in character and contributes something to the shared story as a whole. 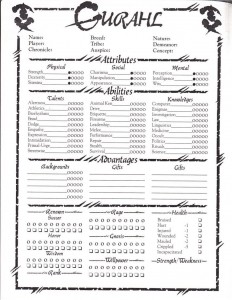 A character that is nothing more than dots on a sheet with an axe to grind and an agenda to forward is not fun to play with. Beliefs, crusades, convictions, or interests squished together with XP dots should not, and more to the point, do not, a character make. That’s a basis of a character that is waiting to be fleshed out.

Immersion is also known as “suspension of disbelief” and is crucial to the role-playing experience. Intentionally interjecting out of character concerns into a scene or genre where they are not applicable is a very good way to break that suspension, and this is an issue that is becoming more and more prevalent in these contentious and socially-charged modern nights.

Let me explain that a little bit. If I am sitting down and playing a half-elf rogue with chaotic evil alignment, in a high fantasy setting, that half-elf rogue is not going to give a flying goblin’s damn about third-wave feminism.

A three-thousand year old vampire is going to be either incredibly confused by, amused by, or completely blasé towards the entire concept of gender fluidity. (Especially if they know any Tzimisce.) Worthy of consideration is the fact that various cultures and societies have wildly varying definitions of gender and societal norms than the Western/Western European cultures that many RPGs are based upon, particularly if you are looking backwards in history and taking a static view from the time of the vampire’s creation. 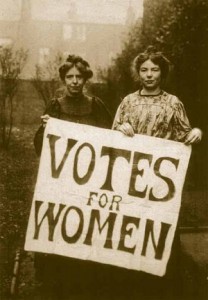 Allow me to present a positive example of bringing a modern crusade into game in an appropriate and entertaining fashion.

There is a young lady in Underground Theater who played a relatively young vampire (under 100 years old, I believe) whose character, in life, was a passionate suffragette and enthusiastic patriot. It was entirely in character for her to bring up feminist perspective and interpretations of events. That was an AMAZING character who spawned a TON of interesting IC interactions, because seeing her talk about women’s rights to a two-thousand-year-old Roman Centurion was really something else. She also enthusiastically called out the Elders who advocated for monarchy over democracy. It was fantastic!

I have also seen an entire game grind to a halt because of what I have termed the “weather report” phenomenon.  Presented for your edification:

Character A: Hey, B, have you seen the weather for tomorrow? I need to know what kind of gear to bring.

Character B: Well, as a *insert adjective indicating some aspect of identity* person, I think it’s going to rain.

Now, unless that adjective indicating some aspect of their identity is something that is actually germane to the conversation, i.e., a meteorologist or a druid, that adds nothing to the conversation and just slaps the other participant in the face.

Scene: Three Werewolves outside of a pack meeting, casually discussing plans for taking down a Black Spiral Dancer hive. 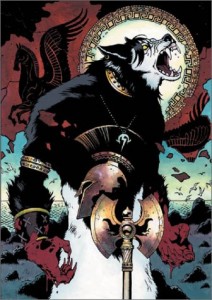 Character A: Hey, B, what do you think the weather is going to do tomorrow? I need to know what kind of gear to bring.

Character B: Well, as a gender-fluid Black Fury Metis, I think it is going to rain. We should be ready to get muddy.

Character C: He just asked you for the weather report, dude.

Character B: And as a gender-fluid Black Fury Metis, I gave him the weather report.

Players A and C walk away from Player B, who congratulates themselves on raising consciousness or some such thing, completely ignorant of the fact that they may have alienated Players A and C by waving that banner constantly. End Scene.

This is a slightly altered version of a real conversation that I have seen happen more than once.

A key point to consider: You can alienate characters all day, every day. The key thing will be to not alienate players, since players are the lifeblood of a game. This may be a good time to step aside, out of character, and do a temperature check to make sure that context isn’t becoming blurred. A quick aside, less than thirty seconds, can smooth a lot of ruffled feathers.

As shown in the first example, there are ways to wave your banners effectively and without breaking immersion – you just have to build your character’s backstory in such a way that that particular issue becomes prevalent without beating people over the head with it. It requires a lot of thought and consideration, which should deepen the player’s insight into their character and make them even more believable and real.

The second example is almost belligerent in its emphasis on the snowflake aspect, which does tend to be alienating if that is the only aspect of the character that really comes into play. No one is going to remember that Black Fury as the one who took down a BSD on their own; the player has forced that one aspect of their character to be the primary one.

As a whole, I have never met a more inclusive, welcoming group  of people than the LARPing community – hell, increasing inclusivity is the entire purpose of this blog – but every single one of us is a human with a stressful life, political and sociopolitical opinions, differing experiences, differing preferences, and our own demons in the dark places of our minds. Our games are our escapes from the pressures of the modern world, not an additional platform for our personal agendas.

I despise using the term “safe space”, because I don’t like what it has been corrupted into, but the role-playing world should be a relatively safe space for BOTH ends of the spectrum. If you are a plain vanilla person, go to church every Sunday, drink cheap mass-produced beer and think that Disturbed is Satanic metal because of their album covers, you go right ahead and do and think those things. If you are an alphabet-identifying peacock of a screaming nihilist Norwegian death-metal fan who only drinks the blood of unborn ponies during your Zarathustrian rituals, that’s your gig. 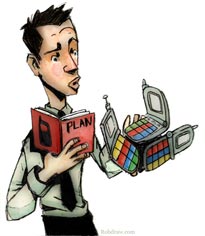 Now, if a young Gangrel is trying to convince a very old Ventrue that cellphones really aren’t tiny magic boxes that show pictures and have people’s voices coming out of them, that’s fantastic (and an interesting commentary on the Luddite-ism of the generational gap). If a male Toreador is regaling the Court with stories of how he was really Louis XVI’s secret lover, and all the effort and rigamarole they had to go through just to get five minutes alone together without being under suspicion, that’s even better (and can draw attention to the fact that gay famous people did, in fact, exist in history and had to take great pains to hide their sexuality, so the modern reality of open acceptance is really awesome).

If you are playing a character who is from a culture that is markedly different from mainstream modern nights, do a little research (or a lot of research) into that culture so you can deepen their character and your presentation of them and their culture. This will likely involve finding out some rather nasty things by modern standards, like objectification of women, slave trading, oppressive social structures, and the like. Don’t flinch from this, but use it to inform your characters. Did they enthusiastically participate in these societal norms, or did they overtly or covertly resist them? Especially in horror-based genres, like Vampire or Werewolf, it is not rational or believable to have all the characters be white hats/good guys. Sometimes, you have to accept that you were likely a bastard/bitch who profited from or enjoyed the subjugation of others. This is a mature and healthy understanding of the difference between our actual selves and our characters.

“But I really want to raise awareness of X issue! It is a Thing! It is what I believe!”

That’s fantastic. Game is not the place for it. Don’t inflict that on the other characters, especially if it is not relevant to the genre or storyline. If you want to convince people to look at an issue differently, talk to them as player-to-player, ideally in a relaxed social setting. Don’t force a character to be a mouthpiece for your pet project.

Make friends with the other players (scary prospect, I know, but you’ll be okay, I promise) and spread your message that way. I guarantee you’ll get better results.

In closing, make an effort to truly differentiate yourself as a player from yourself as a character, remember Wheaton’s Law, and learn to check your banners at the door – but it’s perfectly fine to pick up a few more.