A first level witch was my first character in the Forever’s Destiny LARP, and the first character of any LARP I had made. Until then I had just attended the first few events, was playing monsters, trying to understand the ropes, and getting a feel for the atmosphere of gamers in the middle of the English countryside. There I was, not quite the “starry-eyed youth” discovering a new environment, but still excited by all that was going on around me. One evening, I was with everyone at the High Table, the communal dinner event in the main site cabin, listening to the high-level players. I overheard someone mention that yeah, they’d just come back from a trip to Hell.

I was surprised to hear someone mention that trip so casually. Hell is a big deal in mythologies that have it; whenever we hear the name, we know to imagine horrors and suffering beyond our wildest imaginations (assuming Judeo-Christian beliefs, which are common in role-playing games). But there they were, a player just blurting out the reality of their character. A tiny bit of the suspension of disbelief was burned away.

That event was not the only time I witnessed this kind of situation. Years later, in World of Darkness LARPs, the same thing happened multiple times. For example, I noticed a recurring theme of Werewolf characters, at higher ranks, talking about going to the extremely dangerous realms Erebus, Flux, Malfeas, etc as if they were taking a trip to the local grocery store. 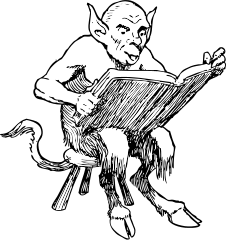 I dubbed these kinds of situation the “Hell and Back Syndrome”: phenomena of traditional gaming where players – often new – have their suspension of disbelief shattered due to others treating the fantastic as mundane. For a while, I considered it disrespectful on the part of players to do that. “Why would you ruin the game for newcomers?” I asked myself. “Why don’t the game staff enforce the rarity of rare events, use more descriptive language, tone down the times they funnel players into higher-level areas?”

As some of you reading this will understand, once you play for long enough, it stops being that simple.

Being an active participant in gaming culture leads to these accomplishments:

In these accomplishments, I believe that we find another failing of LARP. All of the above are skills to be mastered, and much like outside of games, mastery often brings boredom. Unlike some non-gaming skills, though, there are definite ceilings. Once you know a system like the back of your hand, there isn’t anything more to learn. Game settings can be relatively static once established, and it’s possible to see an end to the things you can know. For those people who want to try something new, they may find themselves stymied by the shared world of LARP, where the settings has to be enforced for the sake of balance and consistency among all players. Before you know it – BAM! You’re burnt out, the fantastic becomes mundane, and we hit the Hell and Back Syndrome. 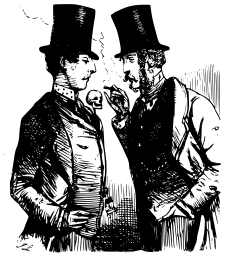 Tabletop RPGs don’t sidestep all these problems, but benefit from organizing games around a single group of people. Navigating smaller social spaces affords a greater flexibility in how game sessions develop: fewer people are needed for consensus. There’s irony in a big draw of LARP – the social aspect, – being one of its bigger problems to tackle.

Particularly in LARP, we have a shared responsibility to make gaming enjoyable. If you run into these situations, a few strategies might help.

If other people are spoiling the setting, talk to them, preferably outside of live game time. Communication is the cornerstone of just about any social experience. There’s no need to be hostile, and it might lead to better role-play in general. You may also want to talk to the people running the game. They may be able to employ strategies to help other players, and may need to see if they’re contributing.

When it’s you doing it, it might be burnout. Treat it that way: take a break, switch games, discuss your issues with staff, or all the above. Yes, even if you’re staff yourself – you’re not doing yourself or other people favors running a game in a bad mental state. I’m pretty sure I’ve been a part of the problem by now (and if I haven’t, it’ll happen some time in the future). Years in LARP have bred familiarity, and occasional burnout.

It’s by no means the end of the world for LARP to have issues with the spoiling of players’ sense of disbelief, but it’s one of the reasons I look towards other, less math-driven, more story-focused, game systems these days. Maybe I’m seeing the consequence of system-driven gaming in the USA compared to, say, Nordic LARP. More flexibility, and fewer systems, could make LARP more enjoyable over sustainable periods, for a lot of people. Why not bring the flexibility of free-form acting to more events, and seek out tabletop gaming for more math-heavy fun?