Like many of us, gamers, I have been playing role-playing games since I was twelve years old.  Unlike many of us, I am Latino and my first GM was black.  From early on, race and ethnicity have played a large role in my gaming, either consciously or unconsciously.  A few years ago this topic came to the forefront for me when my GM at the time started a game about the Irish mob.  Race and ethnicity had been coming up frequently in my life, but when I heard about this game, I frankly got very bored and somewhat dejected.  As I saw it, this was yet another story about Europeans and their problems without representation of other minorities. This topic came to a head recently, when friends were running a 7th Seas one shot, and that same sense of boredom at the setting washed over me, yet another eurocentric game.  As I look back, I can think of the overwhelming number of white players and characters in my groups.  As a geek and ex-goth I have met and played with countless white people as these subcultures are centered around European cultures.  It’s not that I wasn’t welcome, these people were and are my close friends, it’s that I wasn’t counted. 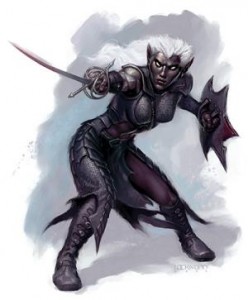 As a player, I know of many games, but I will admit to not knowing the full gamut of games out there and all their varieties, so I focus in this essay on the games that I know, and the games I know are popular.   Off the top of my head I can think of two games, Shadowrun and White-Wolf, that paid any attention to minorities.  Everything else I can think of gave lip service to any ethnicity except chop-socky Asian stereotypes (giving particular looks at Ninjas and Superspies, 2nd Edition AD&D monks, and the Akashic Brotherhood books).  And often, when the players did try to embrace these other cultures, the characters were white-washed caricatures.  Medieval fantasy role playing games are particularly bad culprits of euro-centrism, as their definition of medieval is specifically exclusive of any other culture.  The best (or possibly worst) attempt to create diversity were the Drow in D&D.  My wife has a 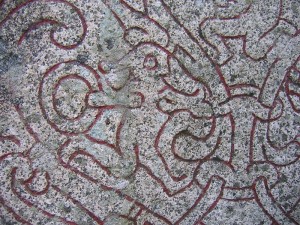 A Runestone with Andvari (maybe a Svartelf)

particular issue with the Drow because she sees them as playing in blackface.  I see it differently, because I know based on history the Drow aren’t trying to be black people, they are just a race that happens to be black based on Nordic myth.  My issue with the Drow is that instead of trying to expand beyond European folklore, the authors invented a new race, notably the only one of color, that fits within their eurocentric world.  To make matters worse they are all evil except the one heroic Drow who decides to embrace the mainstream morality and culture.  It’s not to say that the authors imagined non-whites as evil, but as a minority player, this was a message I received.

My favorite system to play are the Old World of Darkness (OWOD) games, mostly because I like the pathos inherent in the games.  OWOD, in the 90s, was one of the first games in my recollection to really take any consideration of non-European ethnicities, and they did it badly.  But, they did it, and they gave a real attempt to go beyond pure stereotypes.  The Werewolf books integrated a Native-American style animist philosophy into its core principles and it included African characters with the Silent Striders.  The Mage books attempted to recognize Hindi religions with the Euthanatoi (aka Chakravanti).  The Mage Book of Shadows introduced the Ali-Batin, Arabic mages based not on any sort of extremism, but on the Islamic Golden age of the 10th through 12th centuries.  Even the Kindred of the east, as chop-socky as it was, delved deeper into Asian mysticism than just about anything that had come before it.  I reiterate, these weren’t good, but they were a start.  I felt at home, in a sense, because in this system I existed implicitly. 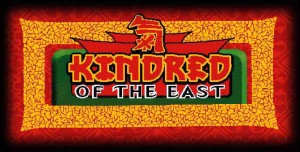 I could have asked to exist explicitly in these worlds but that would not have been possible.  I grew up in a very diverse area.  I lived with people of all ethnicities in Washington, DC.  I don’t know how to feel normal without a massive amount of diversity around me. From ethnic, to political, to sexual, I had all types of diversity around me.  As a foreigner I spent my early years travelling back and forth from Venezuela, and though I want to say I identify more with that particular culture, I don’t.  I do identify as Latino but I don’t carry that sense of patriotism, that love of the land, that I see in many other people have for the native country.  So for me, representation, however bad, was enough.  It was a start.  It attempted to create a world in which I exist. I’ve heard from others that they’ve known people from somewhere in the world that were offended because these games didn’t get their ethnicity right.  Grapevine hearsay aside, I’m okay with this.  We are not going to get these games right, particularly not on the first go around.  And it’s going to be particularly difficult to get any one culture completely in a short fictional summary of text.  We are playing a game of course correction; we try to hit a target, miss, and try again.  As the 20th anniversary edition of the old White Wolf games comes out, they work to get create better representations. 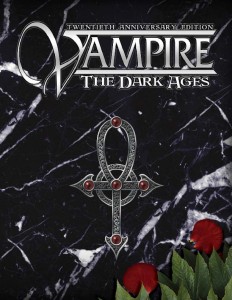 I focus on the White Wolf games as the best example I know, not to put them on a pedestal as the best example in the industry.  Part of my particular emphasis is that I do not know of any other games with a global reach.  I’ve seen Mage fan movies in Catalan.  I’ve met a surprising number of native Portuguese speaking players, particularly Brazilian.  I’ve run into Greeks, Bolivians, Mexicans, Chinese, Blacks, and Muslims that play these games.  This is impressive to me. But enough fan-boyism.

I understand where this eurocentrism comes from: white privilege.  I despise that term, not because it’s not accurate, but because it feels slimy to me.  Yet, that’s exactly what it is.  The majority of gamers I’ve played with are white, and have identified with the British Isles or Nordic countries.  If I had a dollar for every Nordic rune or Celtic knot I’ve seen I’d have enough to buy me a couple of new next gen consoles.  Even the minority players I play with have a hard time playing characters that aren’t white.  We are inundated with white-washing in our media and have come to accept it as normal.  Whites in the US are the cultural rulers, and as such in a position of power, whites as a group are not bothered by the lack of representation of other minorities.  It’s not that the individuals don’t care, they do in their individual lives, they just haven’t had examples of players or characters from other ethnicities in their midst.  We need examples of games that include other ethnicities as central points, not as villains or stereotypes, but as proper representation that the world is larger than what we have seen and experienced.

There is a very similar, parallel issue, which is women in gaming.  I’ve run into many men that won’t play women, and vice versa, as well as players that will not stray outside of their own culture.  These players claim this is somehow a defense of that other culture or gender, that they don’t want offend or misrepresent.   I am calling this behaviour out as ethnocentrism, fear, and laziness.  Ethnocentrism in only being willing to engage in something the player already knows.  Fear as in retaliation or rejection for stepping outside the box.  Laziness for an unwillingness to explore and research other cultures.  The cure for this is courage and compassion.  Courage to be willing to explore unknown cultures and courage to be wrong.  The compassion is to open up your heart and mind to seeing other cultures and ethnicities as human.  Investigate a new culture, seek people out from that culture, learn as much as you can about them.  You’re never going to get the whole picture, but the effort of trying to approach something outside yourself makes you more compassionate in real life. 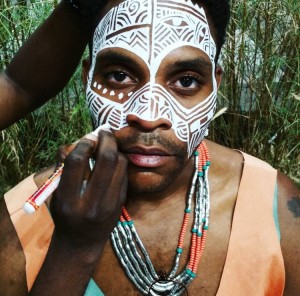 I challenge anyone has never gone outside of their particular box to pick a culture for their next game and make a character from it.  I have done this, my most notable example was a gay black practitioner of Yoruba, specifically Angolan Yoruba as opposed to the Vodou or Santeria offshoots.  I had played multi-ethnic characters before but this endeavor helped open my eyes.  This character was about as distant from me as I could think of, or so I thought.  The experience was eye-opening, not only learning how Yoruba spread with slavery into my own country, but also how other-ing it was to be gay and black in a room full of white people representing European countries.  I was fortunate to have a very good storyteller that was able to run with it.  One of most poignant experiences I had was that other players continuously forgot that my character was black.  The notion of someone who didn’t look like they did was so foreign they couldn’t keep it in their heads.  One of the best surprises I received was realizing that another player in the Irish mob game decided to play a black Vodou practitioner, a player that very much would have otherwise expected to play a white Irish character.  I don’t take credit for influencing him, but I would like to think that playing my Yoruba character touched someone somehow.

I don’t mean to malign anyone by this article.  This is not a pointed finger at white people, but a pointed finger at ourselves, whatever ethnicity we are.  As gamers we have the power to become someone else, anyone else, let’s flex this power.  We have a powerful tool at our disposal, role play, that allows us to become someone else for a bit, to walk in someone else’s shoes. I want us to all realize that we are a broad diverse people, that we have so much richness in culture to draw from.  It’s okay to explore and play any culture, European or otherwise.  We should be acknowledging that the European myths from which our games come from are a tiny part of a broad vast world, and that we no longer live culturally isolated.  Let us realize that we are again and again playing the same song, and excluding many of the people whom we love in our external lives.  Let us realize that we are people living the same struggle, and that the struggle of others is interesting.  Let us realize that by exploring we create compassion within ourselves.  If you are a game writer ask yourself about who you are representing in your games.  If you are a player, ask yourself whom in your life do you want to know more about.  Allow yourself to grow.

Miguel Ludert is an artist and software developer, originally from Venezuela, then Washington DC, then Richmond, VA, and now Seattle, WA.