Generally when we are role-playing characters in conflict, we aren’t also having conflict with the players. 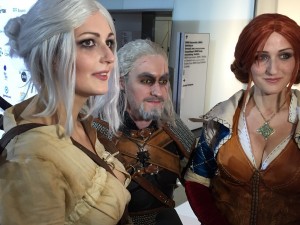 Unless you take your Witcher cosplay VERY seriously.

Notating the difference between the use of “Player versus Player” and “Character versus Character” is very important to maintain a healthy gaming relationship with those around you, especially those that your character comes into conflict with. These articles aim to help you conquer one of the topics that is the most harmful to out of character interactions: the language you use. If you missed part one, you can find it here. Today we will discuss the the difference between the phrases “character versus character” and “player versus player” or PvP and CvC for short.

Player versus Player (PvP) and Character vs Character (CvC)

Think of a videogame that you play against another person, like Street Fighter or Mario Kart. In those games, you the player is playing against the other player. Your avatar in these games has no motivation or thought driving them to their actions other than your thumbs. No one else wins if you win, and no one else loses if you lose. 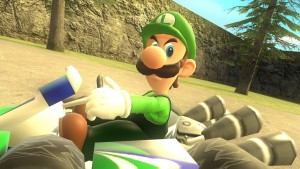 Except Luigi. He always wins.

Videogames are a perfect example of Player versus Player, or PvP for short. In a video game you are a Player, and the other person is a Player. You as players are using your own skills and abilities in a contest to see who comes out on top. In a LARP setting, the opposite is true. In LARP it is not Player versus Player, but instead Character versus Character. Your character Taylor is fighting Janet’s character Kara. Would you go over and actually injure Janet? If not, then you the player is not fighting Janet the player. Taylor the character is fighting Kara the character. The reason it is important to refer to character’s competing as CvC instead of PvP is that we as players are not competing with each other.

Using the term PvP to refer to your character’s conflict with another character can be harmful to the out of game perception of what is going on. People who are not you or the player of the character that your character is fighting with could perceive it as you the player not liking the other player involved. It can lead to hurt feelings when someone finally wins, as sometimes CvC actions can lead to the death of one or more characters involved. Using the term CvC helps keep that perception from happening and helps separate the negative emotion of the loss so that way you can speak to the player afterwards to make sure everything is okay out of character.

Recently some LARPing organizations, such as Underground Theater, have begun using CvC to describe times when characters fight with each other, and it has been very helpful in reducing hurt feelings and miscommunication issues related to the scenes. In a recent game one character kidnapped another character. The scene went smoothly and after the game the two players were laughing and shook hands, smiles all around. These two players used a combination of possessive and objective language throughout the night, and made sure to frame the conflict as CvC instead of PvP. Both contributed to the general good mood after the game.

Be Respectful, Get Respected, Have A Good Time 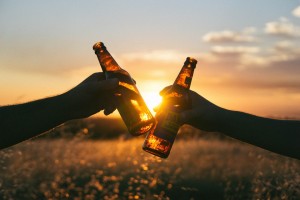 Only imagine those as beers if you’re 21+

Language is the most important tool you as a player have when interacting with other players. It can make the difference between leaving your game with a new friend or the other player leaving the game and not coming back. Remembering to use your words as a barrier between yourself and your character can help soothe bad moods and make interactions positive for everyone. Using CvC instead of PvP can also reframe the situation and separate it from the negative in character feelings.

When you respect other players through language, you get respect in return. Treat other players respectfully and you may make a new friend, even (especially?) if your character just murdered theirs and left them in a ditch somewhere.