to get bizarre – not to mention annoying. His Vampire the Masquerade dice had gone missing and so naturally he’d been turning the place upside down looking for them all. As a fellow gamer, my dice bag had naturally come under suspicion, twice. The first time, I’d let him get it out of his system, yeah sure, knock yourself out and look in my dice bag. But the second time, it irritated me because it was like he thought I was secretly squirreling away his VtM dice for some nefarious purpose.

I wasn’t, but all of that is pretty much beside the point. No, the point today, dear friends, is that living with another gamer – especially the Storyteller of a game you’re playing in – comes with its own set of shenanigans. 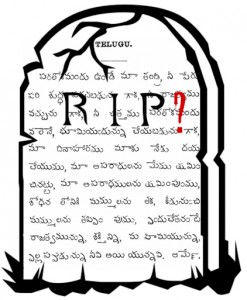 I’m a curious sort, and as much as people say that curiosity kills cats, I’ve always found enough satisfaction in pursuing my curiosity to keep me coming back. Over the years, this curiosity has led me to geek out over the most
obscure things (and even learn some weird dead languages in order to do so). It was what made me move to a bunch of different countries when I was younger, and has led to some of my most cherished adventures.  When that curiosity met gaming though, it sort of morphed into a kind of ‘arms race’ in our home. It’s really not my fault that I’m something of a natural detective, and well, if my husband leaves the various gaming books outside the bathroom that he’s using for research for the various games he’s running (that I happen to be playing in), it’s totally not my fault if I take note of that and do a bit of reading, right?

Not that I’d use that knowledge in-game though, it’s just that curiosity thing again.

It’s like when I’m at a store and find a game book we don’t already own that I suspect *might* be relevant to the story. Our local gaming place has a “no smelly person’s” rule, it’s nice…you know, to just stay and read a while.

And it’s not like I remember everything I read anyway; or much of anything I don’t write down; or read a few times.

Even so, my husband has gotten wise to me and has started putting his research books away again. From a housekeeping perspective, I’m considering this a score (even if it is a setback for curiosity).

Then there are the conversations about games in a more general sense. These conversations are so frequent at our table that I wouldn’t be surprised if our 2 year old daughter thinks that Nephandi are a bunch of assholes she might one day come across in the world. I love these conversations, they help me to learn the game and remember what I learn. I also really like discussing in-game possibilities and bouncing ideas off my husband for future games; which brings me to my next point…

Sometimes in these conversations, I obviously stumble across something plot-related to one of the games we’re currently playing. I say “obviously”, because it’s really not that common that my husband starts laughing maniacally and tenting his fingers like Montgomery Burns. He gets this look of utter glee on his face, and that cackle – well, that lets me know I’ve hit pay dirt. I don’t even think he has control over this reaction, to be honest, it just kind of comes out; bubbling up out of his mouth like some kind of geyser of megalomaniacal delight.

If there’s one thing my husband loves, it’s building his stories and being (mostly) in charge of the chronicle he creates. And while it might seem like I’m some kind of planet X-type wrecking ball in all of this, I’m really not, because if anything, I think we’re getting to know each other even better through gaming (both in and out of game). Given how many friendships (and relationships) are forged around gaming tables, this is hardly surprising. If there’s one thing I’ve learned in the short time I’ve been gaming (at least on a regular basis), it’s that it’s not just about dungeon-crawling tomfoolery or exploring new worlds and paradigms, more than that, it’s about the gamers as people themselves.

We live in a weird era. We all inhabit Facebook as though it were a village and think we know people well for them posting photos of dinner or their most random of random thoughts. But we don’t, and if we don’t take care, it’s all too easy for our online friends to become little more than self-generating content for a website that keeps us all hooked for hours on end. We’re missing the human, and it just so happens that a good way to get it back is found in pretending to be something (often) inhuman with a bunch of friends and a shitload of dice.